Rounding up the cats

It’s ages since I did one of my regular big round-up posts, and I have an enormous backlog of stuff sitting in my inbox, Twitter feed, bookmarks and elsewhere, so I’ll just dump some of it here. Hope you find something of worth amongst it all.

The Third Estate had a post recently on the poor state of British political blogging these days, with a complete domination by political parties and major media corporations. The voice of the independent blogger, with their own unique opinion, is more marginal than ever; the diversity of voices promised by Web 2.0 and social media seems to have been replaced by an amplification of the same voices.

(Nick Cohen made a similar point in an excellent recent column: “Far from freeing us from its dead hand, as its boosters promised, the web encourages conformism. The afflicted move from the doctrinaire old media (the politicised press in Britain, politicised broadcasting of the Fox News/Rush Limbaugh/Jon Stewart variety in the States) to websites that preach to the converted. They are caught in a loop and hear opposing views only when their propagandists subject them to ridicule.”)

The Third Estate suggest that independent bloggers need to do more to support each other, directing our pool of readers to other independent blogs. Obviously, that’s not a task I fail at – directing readers to other people’s blogs is about all I do here these days – but I certainly endorse the suggestion. In its spirit, here are a couple of UK-based independent political blogs that spring to mind, which you should make sure you’re reading regularly: HarpyMarx, for a left feminist perspective on Tory Britain, plus nice pictures of South London wildlife; Though Cowards Flinch, for maverick left politics and sophisticated economic analysis; Obliged to Offend, for articulate, angry denunciations of bad stuff; Fighting Talk, for Sunderland football, Yorkshire politics and Hackney history; the stylish Second Council House of Virgo, with a very particular Scottish left feminist perspective; The Great Unrest, an open-minded multi-author historically-inflected seditiously-radical blog; and the Soupy One, for stuff on fascism, racism and democracy. Meanwhile, putting their money where their mouth is, Third Estate have a “Best of the Red Web” post up, with a couple of excellent choices, if I may say so, and a couple less so.

Meanwhile, Sarah mentioned my “What are they saying” post to invite readers to supply some of the more memorable reviews and insults they’ve received on the interweb. HP hoovers up all comments and puts them in the dustbin of history after a while, so here’s some I liked. On Sarah: “The woman is a dirty two-faced dog. What I wrote wasn’t anywhere near her level of deception. I know she is normal for HP types, but that doesn’t mean it’s normal.” On Flying Rodent: “Transphobic hatemonger” and “sybaritic”. (Cipriano replied: “Personally, I’d be honoured and gratified to be called “sybaritic”. Would that I could afford to be so any more.”)

Few news items have angered me as much, for some reason, as the one about the government’s “Families Czar” Emma Harrison paying herself £8.6 million a year for running a private company that is paid tax dollars to pretend to get benefit claimants back to work. Harrison, who lives a life unbelievably far removed from the families she is supposed to be all about, has resigned both from running her enormously profitable workfare company A4e and from her additional part-time job chatting to Cameron about those dreadful poor families. I’m not particularly an advocate of a state monopoly on delivering welfare services (indeed, third sector and community groups often do it better), but it seems obscene to me that we should be subsidising the massive profits of companies like A4e.

And the payment by results regime under which Coalition workfare policies operate seems to encourage either economy with the truth (as with A4e) and/or excessive zeal in finding ways of getting results, often with dire indirect consequences. Another offender is Atos, a French company that has also been found to be declaring people fit to work who patently aren’t, in order to beef up their results – see more on them from Louise.


The regime also seems detrimental to actually opening up the system to small providers: big for-profits have what it takes to get the big contracts, sub-contracting to small charities to do the actual work but creaming off most of the profit margin.

And the other thing about the workfare regime is it rests on the assumption that unemployment is the fault of the unemployed, rather than of the labour market, which is the sort of assumption you make if you have a lifestyle like Emma Harrison’s or George Osborne’s.


A local blog for local people 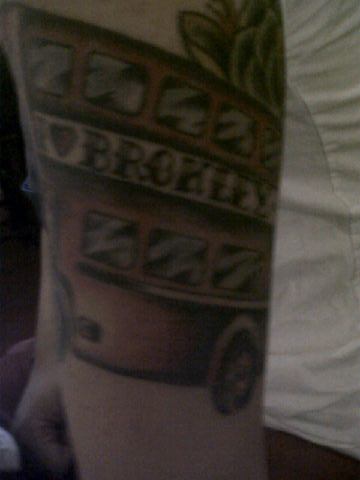 TMP has a report of the second police meeting in response to the police shooting of a disturbed man down the road from me on Stansted Road (the South Circular between Forest Hill and Catford) a few weekends ago - not widely enough reported, apart from by Transpontine – as well of Chuka Umunna’s response to the spate of stabbings in South London. Transpontine has a post on the history of the colour bar in Forest Hill’s pubs and calls last orders at the Montague Arms in New Cross. Deptford Misc has the latest on the Convoys site in SE8.

A round-up of recent events from Freedom. Justin on challenging the BNP in Surbiton. Glasgow anarchists on challenging the Scottish Defence League and their allies in Glasgow, and Mhari reflecting on the situation there. For the historians: Anti-Fascist Archive. HP on the fascists in UAF.

A Jay Adler has an excellent defence of freedom from religion here. On a related topic, Rupert Sutton of Student Rights has a depressing HuffPo post on the University of Westminster Students Union’s love affair with the theocratic Hizb-ut-Tahrir, who in turn libellously accused their “liberal fundamentalist” attackers, including Peter Tatchell, of inciting violence against them.

James Bloodworth has a great post entitled “When did looking down on others become the national pastime?” on My Big Fat Gypsy Wedding and all the rest of the near-ubiquitous TV content based on vicious sneering at the relatively vulnerable: “Wherever you look this type of “entertainment” has gradually taken over our television screens, pumping up the self-esteem of the middle classes by giving a sly kick to those clinging on to the lower rungs of the social ladder.” Recommended. Mhairi McAlpine writes on a related topic, “classism”, here. (And if you are actually interested in Irish Travellers, read this post by Ben on boxing.)

Matthew Lyons does a good job of summarising a long and complex Loren Goldner piece about on Bolivia's Movimiento Nacionalista Revolucionario (MNR), "Anti-Capitalism or Anti-Imperialism? Interwar Authoritarian and Fascist Sources of a Reactionary Ideology: The Case of the Bolivian MNR." (The article appeared in Insurgent Notes #3 but is available in more readable format as a PDF from Goldner's website, Break Their Haughty Power.) Although the MNR may not be of interest to all that many of my readers, alas, the issues are important for anyone who wants to think about reactionary and populist forms of “anti-capitalism”, an important topic in context both of the Occupy movement, the rise of a populist Alinskyite left in the US and now UK, and the continued importance of the Latin American left.

Please read Kellie on Syrian consequences. Also: Beirut Spring on the Future Movement and Lebanese Salafis; Jeffrey Goldberg on the Arab Spring and its antisemitic dark side; Toby Jones on the price of dissent in Saudi Arabia; Elliot Abrams on America’s duplicity over Syria.

Ignoblus on the film Act of Valor being possibly antisemitic. I hadn’t heard of it, but his aside at the end struck a chord:


it's a shame here to rely on right-wing blogs and a few references to mainstream or non-partisan blogs. One of the most significant ways that antisemitism is structured is by silence -- so that few people have a clue what it is or how serious it is -- which is the primary approach to antisemitism of the anti-racist blogs I would normally look to for better reviews. There have been numerous calls for the Left to take the cause of antisemitism back from the Right, which has seized it primarily because of the Left's negligence. Most of the Left only deals with antisemitism at all when it is getting in the way of their criticizing Jews for something else. However, even most of the Leftists calling for such a thing haven't actually done shit about it.

Martin said…
Thanks for the links Bob, I've learnt a lot recently from yr blog, much appreciated.

SU blog are supporting Jenny Tonge, no surprised there.

You will also see an elementary misrepresentation of Howard Jacobson's views.
13 March, 2012 20:03

mhairi mcalpine said…
Thanks for the link, Bob. Its always nice to be called stylish and I'll take the "very particular" as a compliment ;)
20 April, 2012 18:38