In Lewisham: SolFed's short report on the massive mobilisation to save Lewisham hospital, plus several articles from the AWL. From the bloggers, read Clare, Crosswhatfields, Jos Bell, and Darryl. South East Londoners, as I write now, you have six days exactly to respond to the "consultation" and tell the TSA what you think about the closure of accident & emergency and maternity services. The consultation form is hard to fill in, but worth it. You can email comments directly to them, if it's easier. If you fill in the online form, the key questions are Q13 (although you have to read it twice to understand, the proposal here is closing the A&E in Lewisham - strongly disagree!) and Q15 (the two options are two versions of closing the maternity ward - click "I do not support either of these options").

Subcultural traces: Transpontine on the Turner Prize - a psychogeographical tour of alternative futures past from Luton to Claremont Road to a Nunhead nudist colony. 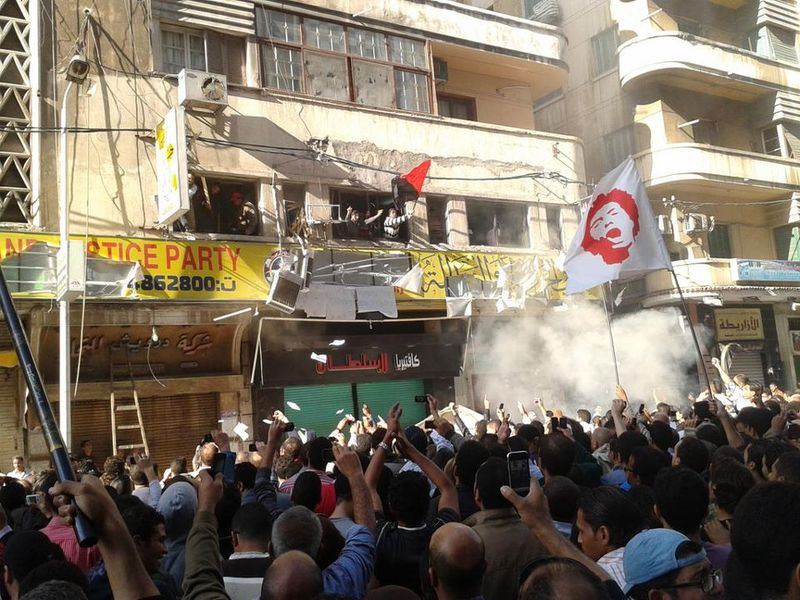 Middle East: Kissinger, Kant, and the Syrians in Lebanon by Shlomo Avineri; Egypt's Mubarak Mark II and Migrant worker rights in Qatar, by the ITUC; Where the Past Is Not Prologue by Fareed Zakaria; How Bahrain lost the propaganda war by John Lubbock; The voice of the academic left? Not in my name by Martin Robb; This short conflict has shone a light in Labour’s dark corners and Labour and Gaza: Hamas is not Palestine by Rob Marchant; Netanyahu’s triple escapism by Mark Leonard.

Antisemitism and Islamophobia: The Soupy One on Channel 4, Stephen Sizer and not answering the question; Julie Bindel on Norway's problem with Jews; HP and the JC on the anti-racists walking out of the antisemitism conference for its Islamophobia. On that last one, huge credit to Dave Rich, David Hirsh, Phillip Seymour, Mark Gardner and David Feldman - people of integrity.

Nick Cohen: Cowardice and the liberal press (on Deeyah and her bravery); The Anti-Elitist Elite Versus the Underclass (in conversation with George Walden); The west's hypocrisies give succour to tyrants (on oligarchic libel tourism in Britain).

EDL: Laurie Penny, with an enjoyable (if politically thin) encounter with "Tommy Robinson" in Luton.

Working class history: A lovely obituary from Paul Stott for James May, who I never knew. Extract:


All political careers end in failure. We surprised many by producing Class War bang on time each year for May Day and the Anarchist Bookfair. It was more coherent than expected, still comfortably outsold every other Anarchist publication, but like others before us, we proved utterly incapable of building a large political organisation or movement. James probably sensed this earlier than most of his generation in CW – he was the only person to get involved in the Socialist Alliance, which I think he viewed as an attempt to get all the radical forces in particular towns or cities united under one banner against New Labour. In Luton he worked tirelessly to do this, but after a while the phone calls, usually complaining about the SWP, increased both in number and in volume. It didn’t work, but James tried the Socialist Alliance route and failed, whilst others did not try.

By the middle part of the last decade, James was part of a political generation on the revolutionary left that had been active for years, but had broadly known only political defeat, with the odd token victory on the way. Posting as ‘James Walsh’ on Meanwhile At The Bar (MATB), James found that generation in one place, all huddling together for warmth. Here people articulated where the left had gone wrong, usually because they had been there themselves, watching the SWP chewing up and spitting out young people, or relating their experiences of injustice when up against the party hierarchy.

James was comfortable and the odd flaming row excepted, in like minded company. Posters could agree that the left had so readily departed the battlefield of class conflict, to instead fight on grounds of race or spurious notions of ‘equality’ that all too often had no resonance outside of those who made the definitions in the first place. As the leadership of the anti-war movement (the CPB and SWP) decided that gay rights or abortion rights should not be seen as ‘shibboleths’ preventing work with Muslim communities, MATB members'  low expectations of the revolutionary left were met in full. Those who would once have denounced James as ‘sexist’ for saying forbidden words like ‘cunt’ in conversation over a pint in the Dog and Bucket, were now to be found stood outside mosques, working with the British versions of Jamaat-e-Islami or the Muslim Brotherhood. And you lectured James on sexism?

Hugo Chavez: This is the shocking story of judge María Lourdes Afiuni who was imprisoned for a ruling that angered Hugo Chavez, and her ordeal by rape while in a Venezuelan prison. Meanwhile, el presidente has returned home after his treatment in Cuba - presumably subsidised by the Cuban taxpayer.

Polemics: A reply to Stephan Grigat: On anti-Semitism and the Left on Iran by Yassamine Mather.


Many participants of the [Occupy] movement, and of those playing leadership roles – and this is the case from Tunisia, Egypt, London, Israel, Quebec, and elsewhere – are the “graduates without a future” (Paul Mason). They are those masses of young people with college degrees and no chance of landing a job. In the U.S., this situation is intensified in a particular way because of student debt. The average student debtor owes $25,000. In 2010, 360,000 graduates were accepting public provisions. This is the dominant profile of the Occupier across the country and beyond.

If you look at the wide resonance the movement has beyond this group, you find victims of the mortgage crisis, who ask the Occupy Our Homes campaign to physically camp out in front of their homes to block their eviction. Yes, massive civil disobedience, though not so widespread as in Spain, nor in the U.S. during the Great Depression.

Sarah AB said…
That Martin Robb piece was good - I'd missed it first time round. They've just posted on the walk out from the antisemitism conference on Loonwatch - it will be interesting to compare the comments with the ones on HP (actually, it's been quite an interesting thread).
08 December, 2012 08:33

darren redstar said…
Paul's obit of james is very moving, james' death was a shock to us all, made worse by the guilt that we felt that in the final months of his life the demons that raged drove so many of us away from him. I have some of james' last essays which he sent me and I had started to edit and will put at least some of them back on redstar commando when I can.
09 December, 2012 16:16

bob said…
Thanks all. There are at least three Luton items buried in this post - despite I've never been to Luton in my life.

"made worse by the guilt that we felt that in the final months of his life the demons that raged drove so many of us away from him" - I know that feeling all to well, having experienced it with two friends who committed suicide.

James' story also resonated for me, in Paul's telling, in that Paul made it into a generational story, and I guess I am more or less that political generation.
10 December, 2012 10:25