The term "Jewish privilege" has been circulating around the identity politics scene, and specifically among Jewish leftists, for some time now - at least since 2010 when deployed particularly ickily by the Canadian Jewish-born Jennifer Peto and by Leah Berkenwald who said Jews need to "own" their Jewish privilege, whatever that means.

The concept draws on the concept of "white privilege" (which ultimately comes from WEB DuBois' insight into the "public and psychological wage" that white workers got by virtue of their whiteness in the Reconstruction period), but subverts it by saying that Jews, not being "people of color", are privileged in the system of white supremacy. This dear, sweet self-flagellating member of the 1%, for example, thinks that being Jewish is part of his privilege that he needs to check.

Maybe I'll write more one day about this, but now I'm not going to go into why I think it's a completely ridiculous line of argument, as that's been done brilliantly by my comrade Disillusioned Marxist already, and byAdam Levick from the opposite end of the political spectrum.

Of course, many Jews are positioned as white in this racist world and therefore do experience many of the "wages" of whiteness -- but not as Jews.

What I want to note here instead is how the idea has travelled.

The concept seems to be gaining some traction among the hardcore anti-Zionists of MondoWeiss, who recently published on "how Jewish establishment groups... exercise power in an attempt to control public discussions". Apparently, because some museum doesn't talk enough about Palestinian suffering, it is "exhibiting white privilege". It is, they say, "this same racism, violence, and white privilege that we all need to resist – from Ferguson to Ayotzinapa to Palestine."


From this milieu, the concept has been picked up by the far right - not for the first time fishing in the same waters. "Jewish privilege" is now used by the relative intellectuals of the antisemitic scene at Occidental Observer, and in the far right "Traditionalist" scene. And by anti-black and antisemitic fascists at Renegade Broadcasting, and by sundry tweeters whose avatars refer to Julius Evola, Nietzche and Odin. And of course by David Duke, who himself tunes in to the figures like Gilad Atzmon from the anti-Zionist scene. This is from his website this week, in an article that closely echoes many of Atzmon's themes:


Today Dr. Duke provided a preview of a major research article that he is preparing on Jewish privilege verses White privilege. The fact is that in American and many other Western societies today, privilege in concentrated in a tiny Jewish minority which when it suits them bills themselves as white. However, this same privileged Jewish elite goes to great lengths to suppress European American representation in important power institutions, such as the Ivy League universities.

And now, finally, the concept is coming to rest on the streets of London, where neo-Nazis are planning to march through Golder's Green to protest "Jewification" and "Jewish privilege". Specifically, to protest "the Jewish occupation of Britain and the Jewish privilege which sets up the Jews as the occupying power". Fuck them. 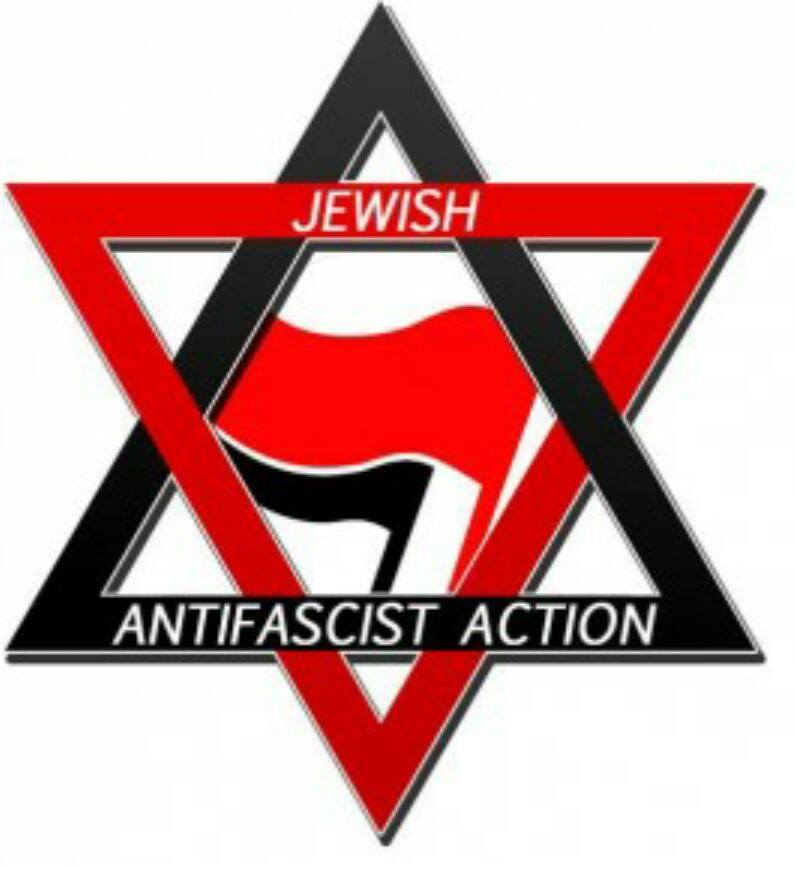 See also: Jewdas on dealing with white supremacists; Rokhl on Why 'Ashkenormativity' isn't a thing

Anonymous said…
Thanks for the "We are the 1%" link.

Jesus Christ, is masochism and guilt the new politics of the 21st century. I thought the website was a piss take but, grimly, it's not.

Here's an extract from "Exiting the Vampire's castle" (the North Star. I think the phrase "those whom the gods wish to destroy, they first make mad" sums it up.

"Notice the tactics. X has made a remark/ has behaved in a particular way – these remarks/ this behaviour might be construed as transphobic/ sexist etc. So far, OK. But it’s the next move which is the kicker. X then becomes defined as a transphobe/ sexist etc. Their whole identity becomes defined by one ill-judged remark or behavioural slip. Once the VC has mustered its witch-hunt, the victim (often from a working class background, and not schooled in the passive aggressive etiquette of the bourgeoisie) can reliably be goaded into losing their temper, further securing their position as pariah/ latest to be consumed in feeding frenzy."

Anonymous said…
Rather interesting perspective. Is the identification of jewish privilege against your atavistic ethnocentric identity? Why must jews be the perenially oppressed in your mind? Is highlighting the jewish predominance in finance, medicine, media, politics etc antisemitic, if so can't that be said of highlighting white predominance?
01 July, 2015 14:25

Rebecca said…
Anonymous - you are aware, are you not, that Jews are a tiny minority everywhere around the world, except for the state of Israel. There are only about 14.5 million Jews in the a world with about 7 billion people in it. Why are you obsessed with such a tiny minority? And how could such a tiny minority "predominate" (your word) in any field given how small they are?
01 July, 2015 21:44