Truth wars
Excellent piece by Uğur Ümit Üngör in the consistently good al-Jumhuriya on the coming narrative war. Keith Kahn-Harris on the dangers of denialism.

Pplswar on a new racist video about Venezuelan refugees. Concludes:


Means TV’s racist video (endorsed by Sam Seder) about Venezuelans makes this scabbing by Codepink, PSL, and DSA easier to do, just as peddling Islamophobic tropes about Syrians enables the regime of Bashar al-Assad to engage in mass murder and the proliferation of anti-Semitism leads to synagogues being shot up.

I’d say this is two versions of the far right embracing each other. Galloway is an anti-feminist, anti-abortion, socially conservative nationalist who has endorsed Nigel Farage’s hard right Brexit Party in the UK.
— Bob From Brockley (@bobfrombrockley) May 24, 2019 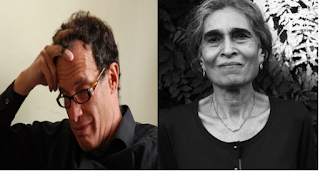 Dan Davison on the legacy of the great Marxist thinker Robert Fine. The Enemy’s Enemy is Not Your Friend - an interview with Rohini Hensman in Democratic Left.

Resisting global authoritarianism
Gabriel Levy on the torture of anarchists and anti-fascists in Russia. A call for solidarity with detained LGBT activists and anarchists in Cuba. From the archive: Sinclair Lewis – Profile of an American Demagogue.

Though horrific, the tactics being deployed now in Idlib and northern Hama closely follow a key strategy the regime has used since it began losing territory early in the civil war: terrorize civilians in rebel-held territory so thoroughly that they are pressed into making an impossible choice, try to brave the bombing campaign or relent and move to the relative safety of regime-controlled areas.

These "conventional" weapons, and the massive slaughter caused by them, are the central story of Syria's war. Obama spoke about chemical weapons as a "red line" for the "international community", but then failed to enforce it after Ghouta. See Regime preservation: How US policy facilitated Assad’s victory, by Michael Karadjis.

Only twice has the West stirred from its hand-wringing apathy: after the 2017 chemical strike on Khan Sheykoun and the 2018 chlorine bombing of Douma. Because these are iconic moments,  they have been seized on by conspiracy theorists who want to deny Assad's slaughter, deflecting from the big picture of the on-going "conventional" genocide.

In that effort, the most recent episode has been a "leaked" document relating to Douma. Here are some of the key reads on that: Bill Weinberg: New spasm of Syria chemwar denial - don't buy it; Clay Claibourne: Lies, damned lies, and engineering sub-team reports; Where in the world is Ian Henderson?; More on the silent Ian Henderson and his "leaked" OPCW paper; Dr. Ted Postol rides again - right into the OPCW "leak" controversy; OPCW Word Games - Exposing the Politics of the Henderson "leak"; Brian Whitaker: Leaked OPCW document: where’s the conspiracy?; OPCW replies to Russian and Syrian critiques of its Douma report; and Louis Proyect: Was the Douma chlorine gas attack a “false flag”?

Meanwhile, on the history of the revolution, via Joey Ayoub: Enab Baladi: Citizen Chronicles of the Syrian Uprising (Free PDF). And via Dick Gregory: Extracts from Samar Yazbek's A Woman in the Crossfire: Diaries of the Syrian Revolution. Also read: Alex Rowell: The blood of the people of Idlib speaks.

Antisemitism
Shalom Lappin in Fathom on the re-emergence of the Jewish question and the moral panic about globalism. A Stir in the Suburbs - Rosie Bell on Pete Grigson and Labour antisemitism in Edinburgh.

Stanning for the saffron fascists
Todd Hamer in Workers Liberty on Labour's Barry Gardiner and his long-term association with Hindu pogromists in India. (In the US, of course, the leading advocate of Modi's Hindutva movement is fake-leftist Tulsi Gabbard.)

Brexit and the working class
Jim Denham on whether Brexit is a workers' cause. Important, nuanced new research on Remain and Vote supporters. Here's a key bit of information about the class nature of the Leave support:

Resourcing anti-fascism
My comrade Spencer Sunshine has a new Patreon and newsletter to sustain his vital work on the the American far right. Please consider supporting him.