Streets of Deptford, chavs of Clapham, fascists in tower blocks 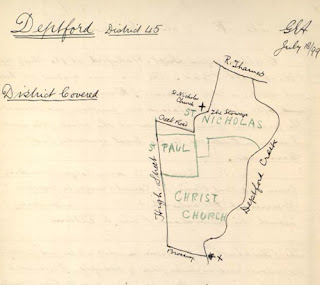 OK, I'm going to get into bed with the BBC iPlayer and watch episode 1 of The Secret History of Our Streets, about Deptford High Street. I will only then read the following: Ken's response, the Brockley Central discussion thread, the Crosswhatfields post, the Deptford Dame's response, Caroline's comments. (I have, however, read Bill's post on sexy fish and the Les Back/Dawn Lyons production it links to.) I am sure that watching the programme, I will be thinking a lot of Pete Pope and what he would have said, especially having seen the lovely photos here.

Three non-local posts to add to last night's big fat miscellany: James B on chav hate not always being about class, Nick Cohen on the media and the massacres of the Yugoslav war, and the IWCA on 21st century fascism. I'll leave you with a quote from the last of those, because I think it actually relates to the politics of resentment and backlash that I think the Deptford film touches on:

The far-right have worked for years to put themselves in the position they are in today. A senior FN spokesman said in 1997: ‘People are coming to us because we go to them… We are there on the street, on the landings of the tower blocks. People see we don’t have horns. They see our ideas are their ideas. And they don’t see the other parties at all’ (link). The left hasn’t been on the landings of the tower blocks, in France or anywhere else, which is largely why this 21st century fascism is in pole position to reap the rewards as the economic crisis proceeds.

What success the BNP have had has been from adopting this ‘landings’ strategy. At present, the BNP do not have the capability to take full advantage of the political opportunities available to them. ... But despite [its] setbacks, the underlying conditions which facilitated the BNP’s rise are still there: disillusionment with the neo-liberal centre and a Labour party that has turned its back on the working class, producing a political vacuum.

bob said…
I posted this answer in the wrong comment thread entirely, so am copying it here:

Re "chav": the short answer is that it was originally a working class term (of Romani origin) for a mischievous kid, it increasingly came to mean worse than mischievous. In the early 2000s, it became a popular middle class term for the disreputable classes - bling jewellery, tasteless clothes, junk food, anti-social behaviour. Author Owen Jones, among others, argues that it is a term of class contempt, and more or less a racist term for the white working class. (In fact, I wouldn't be surprised if the lexicon overlapped with that middle class Ashkenazim in Israel use for working class Mizrahim.) More under this label: http://brockley.blogspot.co.uk/search/label/Proles%20and%20chavs
12 June, 2012 22:08

The Contentious Centrist said…
I wonder if the Romani origin of the word did not migrate from the Arabic language in which the word "shabab" means male youths, but has become a collective reference to trouble making restless aimless young men.
13 June, 2012 12:51