Back from some off-line time, wading through oceans of digital detritus. Here's some stuff which isn't detritus, on what are apparently the issues of the day.

Sadly Brockley's own Olympian, Conrad Williams, who was apparently once a paperboy for Budgen's in Crofton Park, didn't make the 400m heats but almost got a bronze in the 4x400 hurdles, missing out by a whisker.

Further afield, Peter celebrates some of the Olympic reasons to be cheerful and the joys of being British in 2012. The Poor Mouth notes British excellence in sports involving sitting down and welcomes new countries to the medal table. Champagne Charlie celebrates Mo Farrah; the Soupy One celebrates Wojdan Shaherkani. Francis, on the other hand, is less celebratory in this interesting post on Critical Mass and the Olympic legacy, and Owen explains why the field is always already uneven. And I'll quickly pass over the various scandals, such as Mayor Boris using taxpayer cash to take Rupert Murdoch to the games.

Meanwhile, David Cameron rightly added a note of sobriety, with his speech to mark the 40th anniversary of the slaughter of Israeli athletes at the Munich Olympics (an anniversary the IOC itself shamefully refused to commemorate). Jeff Weintraub passes on two good links on the past and present treatment of Israeli athletes - by Hampton Stevens and Deborah Lipstadt. And Eric Lee identifies that moment in 1972 as pivotal in the left's turn to antisemitism. 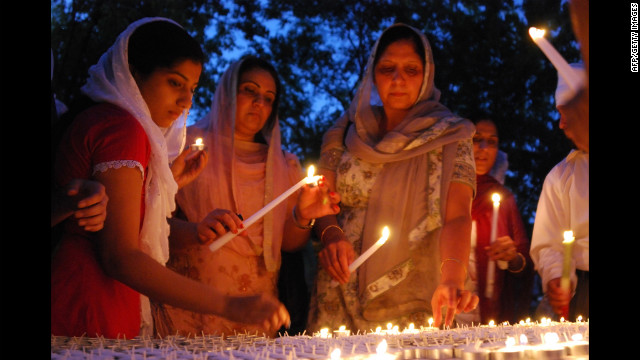 I am not an opponent of gun rights, but it does seem as if mass shootings occur with what President Obama called "too much regularity" in the USA, although the statistics perhaps suggest we might expect this. The terrible shooting by Hammerskin Wade Michael Page at the Wisconsin Sikh Temple, is particularly shocking.

The attack is sadly just the latest in a long line of terror attacks by the American far right - some 180 people killed by far right activists in America in acts of ideological homicide from 1990 to 2010, not counting the 168 killed by Timothy McVeigh in 1995. In recent years, Muslims have been the main victims of such attacks, with examples including the plot by JDL terrorists Irving David Rubin and Earl Leslie Krugel to bomb the King Fahd Mosque in Culver City in 2001, or Sandlin Matthew Smith's detonation of a pipe bomb at a rear entrance to a mosque in Jacksonville, Fla. while worshippers were inside in 2010. Since the Wisconsin attack, the mosque in Joplin, Missouri, has been razed to the ground, the second arson attack in as many months. And, on this side of the Atlantic, an Islamic centre in Horley and a mosque in Gatwick have been desecrated.

However, as Sunny H writes, Sikhs have been America's silent scapegoats since 9/11. And some people can't really tell the difference; shamobilic Mitt Romney unbelievably spoke of an attack on a "sheik temple" not once but twice.

(See also my previous post on Jared Loughner, which rehearses some relevant issues.)

Incomprehensible celebrity prof Jacqueline Rose penned a particularly atrocious article in the ever-gullible CiF using the sentencing of Shafilea Ahmed's parents/killers as an excuse to ponderously ponder on various inconsequential issues. Jim Denham takes a very sharp razor to Rose's piece, accusing her of dishonouring Shafilea's memory. He draws on a very good piece by the inspirational Muslim feminist activist Sarah Khan, who in turn draws on the powerful work of Southall Black Sisters. Sunny H also writes well on the issue, in The Times and New Statesman, and replying to some criticisms here. See also Shaheen Hashmat. Talking of honour-based violence, although not in this case homicidal, Jogo sent me this further example, which puts a different spin on the issue.

In my late teens, I was a great admirer of Gore Vidal, his wit and insight, his devastating scorn for liberal and illiberal pieties. Over the last decade, I came to dislike him more and more. I therefore loved reading this brilliant pre-obituary of him by the late Christopher Hitchens. If you don't have time, read Francis' more pithy and not un-Hitchensian* assessment, while Paul Berman's "requiem" is also brilliant. Another figure I admired at the time was Robert Hughes, who also passed this week. I remember a late night TV programme of the late 1980s which consisted of Hughes, Hitchens, Edward Said and Camille Paglia, three of the greatest minds of their generation, sitting around a coffee table dissecting the sickness of postmodern culture, shortly after the publication of Hughes' brilliant polemic The Culture of Complaint. Nick Cohen celebrates him here.

*Apologies to the Hitch for using a formulation which violates all of George Orwell's rules on writing.

The Contentious Centrist said…
"which consisted of Hughes, Hitchens, Edward Said and Camille Paglia, three of the greatest minds of their generation, sitting around a coffee table"

Ross Wolfe said…
Hey Bob, what are your thoughts on Max Ajl of the unfortunately-titled "Jewbonics"?

I ask because I wrote a passing critique of one of his essays in my recent "Memories of the Future," after which he started accusing Platypus and me personally of being counterrevolutionary members of some pro-Israel lobby. Mostly because of our publication of a translated 2002 Antideutsch (ISF) piece, "Communism and Israel." This despite the fact that we have also criticized Antigerman politics repeatedly and even solicited (and published) a critical response by one of our contacts, Felix Baum.
13 August, 2012 05:57

bob said…
ross, I never read Jewbonics, whose title has always disturbed me, and don't really know anything about Ajl. Where has been doing the accusing?

Personally, I thought the ISF piece was an odd choice to publish for Platypus, given how much better anti-German and anti-national material there is which could have been translated, altho it was very clear it wasn't a Platypus view.

I have started looking at Memories of the Future. Like all of your writings, I find it immediately intimidating due to your erudition and the sheer length, but I skimmed through to the bit on Max Ajl and found it very interesting and will now have to print it out and read it off-screen!
15 August, 2012 16:40

Flesh said…
Dave Semple says blogging's been keeping him off the streets. To overlook the reflective and auto-didactic capabilities of blogging is the kind of mistake an attention seeker would make. For others with less perfect political development than his, who are thinking things through online where exposure is exhilarating and brings out their best thinking - who's to say that's not ultimately going to prepare them for the rigours of the streets? Why should bloggers only write agit prop? And why should readers of blogs be only told what to do and think?

Ross Wolfe said…
Thanks, Bob, for the kind words. I hope you enjoy the piece. It's long, I know, but I hope it's exciting and readable.

The back-and-forth took place over Twitter, which is a poor medium for debate in any case. I don't know Max or his ideas about Israel and the Middle East in any detail, but at least with respect to his views on ecology and the form of production society must adopt in order to survive, I disagree with him strongly.

Still, I think the tipping point came when Mike Dola from the US Marxist-Humanists (a close friend of Andrew Kliman's) joined in the conversation and started really going at Ajl. Nobody, however — not me, nor Mike Dola, nor Max Ajl — was mincing his words. So perhaps it's not a surprise that things got heated.

You're right that the "Communism and Israel" piece was a bit bombastic as a choice. To act surprised that it caused the uproar it did was probably somewhat disingenuous on our part. As a provocation, we probably should've known we were playing with fire. It was also immensely successful in that regard. But one would think that it would have given readers some pause to consider that it was published in the same issue as an interview with Noam Chomsky, a rather vocal critic of Israel.
15 August, 2012 19:37

Why do I blog?

-To speculate, work out my positions, think aloud, test ideas. [An early argument I had with comrade Semple on the anti-war movement is an example. And there are plenty of times I've changed my mind through blogging.]
-To vent spleen, let off steam, save myself from throwing a shoe at the radio.
-To make friends, connect with a "community" of like-minded folk. [Especially important as I feel I lack such a community in the real world, as my political positions are an unusual triangulation.]
-To influence public debate, change opinions, make a difference - even if on a very micro-scale.
-For the pleasure of writing, out of a kind of vanity of seeing my stuff out there

Why do I read blogs?

-To be challenged, provoked, stimulated.
-For information and interesting analysis, to be broadened and informed.
-To make friends, connect with a "community" of like-minded folk.
-For the pleasure of reading.

I am not interested in gossipy tittle tattle or intimate diaries, but I like to feel a human specificity and a bit of the personal in the bloggers I connect with - a difficult path to tread, I think.

Sarah AB said…
I like your reasons for blogging, Bob, and I think they overlap a good deal with mine. Blogging helps me think through ideas - and the response can help that process further, and sometimes make me change my mind.

I also like the way blogging can be done quite quickly - partly because my work life involves such huge projects and complicated tasks that it's nice to feel one has, in however minor a way, accomplished something just in an hour or two - I suppose the instant feedback is a change from work as well - you can write a book and wait a year for a review, for example.
18 August, 2012 11:05

Unknown said…
I saw your blog first time, its very informative.i have collected lot of info definitely i share about this blog to all my friends.
ewald struggl
07 September, 2012 12:16