And all of this week's reading 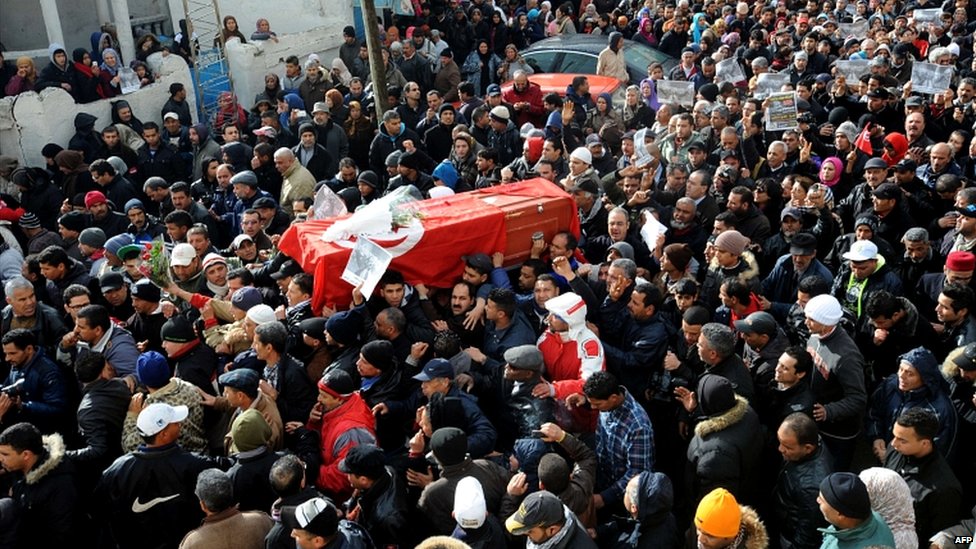 In Tunisia: The Poet and Politician - Who Was Chokri Belaid? The image above is from his funeral today, attended by over a million mourners, also out to protest the deepening authoritarianism of the "moderate" Islamist state, which responded with teargas. LabourStart is a good source for news on the struggle in Tunisia.

In Bangladesh: Thousands on the streets against far right Jamaat (who are, as Hackney Glyn Harries summarises, guilty of war crimes there, and control East London Mosque here). In Egypt, Morsi's theocratic state is now gender segregating trains. And in Britain, Nahla Mahmoud on why we need zero tolerance on sharia law.

As well as antisemitism, anti-Irish racism remains rife in England and Scotland, not least in the English northwest, where it helps sustain the sectarian-rooted politics of the English Defence League and its splinters. A recent report has catalogued some of this.

The SWP sex implosion
I may actually write a blog post on this one of these days, but for now, here's the German sibling party of the SWP engaged in the same shit and, a must read for Trotwatchers, our friend Soviet Goon Boy's reflections. More arcane, the Commune on Chris Harman's Leninism. And one of the more interesting internal perspectives, from Tom Walker.

War and imperialism
Paul C has written an incredibly long but rich account of the anti-war left, which I still haven't read, but will do, partly on how the West's Libya intervention has impacted on Mali. Relevant, David Mepham rakes over the UK's relationship with the Gaddafi torture regime. Also relevant, our Carl  reminding George Galloway of his support for Arab dictatorships. And, from a different hemisphere, our James says Falklands: Time for the left to stop dancing to Kirchner’s tune.

Class war from above?
On the blacklisting of British workers.

It could be your hospital next
Lewisham Hospital is another thing I ought to post properly about, but you're probably better off with Jos Bell. And I hesitate to recommend a post with no paragraph breaks, but here Mark Wright makes the case that Lewisham A&E is the future of UK hospitals under the Coalition.

Bob's Beats
I've also relaunched the music blog, with the theme of "underrated", so far featuring the Bee Gees (yes indeed) and Charlie McCoy. If you want to contribute, give me a shout.