Socialism in an age of waiting I 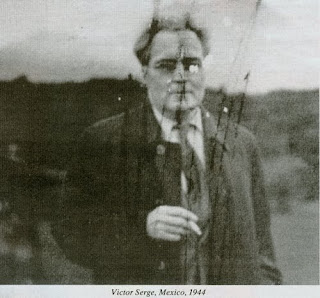 “If the satisfaction of an old man drinking a glass of wine counts for nothing, then production and wealth are only hollow myths ... The saving of time and the conquest of leisure have no meaning if we are not moved by the laughter of a child at play. If we do not love life on our own account and through others, it is futile to seek to justify it in any way.” - Simone de Beauvoir

"A man can live, and keep his spirits up, in a tent under the rain, as my son and Narciso did. A man can sleep, and sleep well, in a stinking over-priced hovel next to the slaughter-house, as we did. He can cook his meals in a school, and work at cafes; for the Age of Waiting has begun... On our last postage stamps, disappointments and small betrayals rain by the score. Suddenly I become aware of a harsh revelation: that now we political refugees, we cornered revolutionaries, are utterly beaten, because certain of our comrades are no longer comrades, so demoralized and defeated are they to the quick of their hearts. - Victor Serge.

Thinking about Norm has started me thinking about the blogging culture on the anti-totalitarian left of the early- and mid-noughties.

It is my great regret that Socialism in An Age of Waiting is not out still there, as this was the blog that inspired me to start blogging, and clarified a lot of questions about my politics. I have no idea who was behind this blog - apparently a group of three or so comrades, including one "P Traven", no.74 in the normblog profile series:


born in 1960 into a world he never made. His informal education started alongside formal schooling in Cambridge and London, moved to a new stage during six years spent in Japan, and is still continuing.

Fragments of it exist, scattered in the citations of other "old" blogs, like ancient shards awaiting an archaeologist's trowel. (Ironically, SIAW themselves once had a series picking over the corpses of some of the Dead Socialist Websites which litter the cyberspatial landscape, As Virtual Stoa noted, "it’s a sort of bloggers’ equivalent of the splendid passage on “The View from Futures Past”, which opens Mike Davis’s excellent City of Quartz.") I've gathered some together here, for posterity. The post is in three parts, this one introducing them, then a second focusing specifically on the Iraq war moment, the third moving on to wider issues of how we should conceive of socialism.

Socialism in An Age of Waiting

SIAW launched in December 2003, welcomed, of course, by Norman Geras. As Chris Baldwin put it: "It was a group blog run by a few ex-Trots in the early days of Decency. It was more intellectual and irritable than Harry's Place and they used to post images of Max Ernst paintings now and again for some reason."

The "early days of Decency" were of course also the early days of the internet, and specifically the early days of social media and user-generated content. That moment seems distant now, less than a decade later. Nick Cohen wrote in early 2005 (complete with typos), in a piece called "So this is blogging", which launched the Observer's blog, a forerunner of Guardian Unlimited:


Sits at keyboard. Looks for a moment at unfamiliar software interface. Starts typing.

Over the past year, I've been astonished and delighted by the quality of British political blogs. What's happened reminds me of the punk explosion when I was a teenager. People are ignoring the established system and beating it at its own game. Obvioulsy, there's a great deal of dross, but what is heartening is how much original and intelligent journalism is coming from people entirely outside the media class, whose only chance of talking to the world would once have been confined to a few paragraphs on a letters' page or a few minutes on a radio phone-in.

As I'm on the left I started out with Harry's Place, Normblog and Socialism in an Age of Waiting. But as my confidence has grown I find myself zooming all over the net and listening to people I would have crossed the street to avoid in the past. I've also realised with a feeling close to despair that if I write a lot of nonsense, it will be exposed and dissected. Blogs have raised the bar.


it invariably polarises its readers; either you froth at the mouth when reading it or cut and paste large swathes of it with the byline of: ‘I wish I wrote this . . . ’. Their blog is always readable and I’m always impressed with the breadth of their reading and their ability to easily turn their hand to literature, politics or art when blogging.

The title was taken from a quote from (above) Victor Serge, a man who had fought in the Russian revolutionary, been imprisoned by Stalin and exiled to Mexico. He was writing about the moment when, released from the Gulag, he was in Vichy France and in the shadow of deportation to the Nazi concentration camp. He was saved by Dwight MacDonald, a friend he had not yet met, who found him an exit route. MacDonald's letter, he wrote, seemed "to clasp my hand in the dark. I could hardly believe it. So then, let us hold on." Of course, few of us today in the liberal democratic overdeveloped world, even in a time of austerity, know nothing of the type of waiting Serge was talking about: a waiting between life and death. But, for socialists, knowing that we have been cornered and defeated, that our certain of our comrades are no longer our comrades, waiting, struggling without hope, is the sad reality of our politics.


"It seems to us that, whether as socialists, liberals, conservatives or “none of the above”, too many of those who comment either on politics, or on non-political matters from an avowedly political perspective, still approach each issue in terms of total acceptance or total rejection. It is as if you must be either pro or anti, progressive or reactionary, on-message or off, and must never admit to doubts, or hesitations, or second, third or fourth thoughts."

And here, still in the first month, they set out their stall:


"With what ends in view? Well, obviously, in the long term, the attainment of socialism – but let us spell it out as bluntly as possible (and if we could underline it in red we probably would): the only road to socialism lies through the completion of capitalist development.

Far from living in an era that is ripe for socialist or proletarian revolution, we are faced with a process of liberal or bourgeois revolution that is still not complete, even in those few economically advanced and politically powerful countries in which events labelled bourgeois revolutions have occurred. In particular, before we can talk reasonably and plausibly about even beginning to prepare for the seizure of power – by whom exactly? how exactly? – the following changes, which are already well under way, will surely have to have come much closer to completion.

[...] National liberation, which is the transition from the remaining forms of pre-capitalist domination, and from the various forms of non-democratic capitalist rule, to the universal establishment of bourgeois-democratic nation states, in which all residents enjoy the maximum of human rights and civil liberties attainable within capitalism. If Marxists do not collaborate, in whatever way they can, in at least promoting and supporting, and at most – while preserving the integrity and autonomy of their tradition – directly aiding, this transition, then there is simply no point in being a Marxist. It is the absence of bourgeois democracy from so many parts of the world, and the presence in its place of dictatorships, a few of them still claiming to be “Marxist”, that constitutes the largest single obstacle to any progress at all."


"The [UN] General Assembly is, of course, an assemblage of bourgeois governments, many of them dictatorships, all of them cynical to greater or lesser degrees. Its composition compels its members to horse-trade, obscenely, this people's rights and freedoms against that people's if it is to get through its business at all. The notorious elections of states such as Cuba and Libya to the Human Rights Commission have been among the wholly predictable results. The recent failure even to take seriously a proposal that referred to the right of Israeli children not to get blown up by fundamentalist fanatics, let alone pass it (as recounted, and rightly criticised, by Norm Geras...), was just one more case. The horse-trading is less robotically routine than it was during the Cold War, but it still goes on, making a mockery of the ideals that gullible bourgeois liberals still insist on praising the UN for upholding."

To be continued
Email Post
Labels: Meta-blogging Reconfiguring the left Socialism in an age of waiting Victor Serge Web 2.0