Counterpunch and the Kremlin trolls 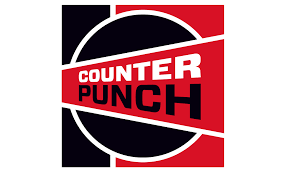 The first email arrived in the inbox of CounterPunch, a left-leaning American news and opinion website, at 3:26 a.m. — the middle of the day in Moscow. “Hello, my name is Alice Donovan and I’m a beginner freelance journalist,” read the Feb. 26, 2016, message.

The FBI was tracking Donovan as part of a months-long counterintelligence operation code-named “NorthernNight.” Internal bureau reports described her as a pseudonymous foot soldier in an army of Kremlin-led trolls seeking to undermine America’s democratic institutions.

Her first articles as a freelancer for CounterPunch and at least 10 other online publications weren’t especially political. As the 2016 presidential election heated up, Donovan’s message shifted. Increasingly, she seemed to be doing the Kremlin’s bidding by stoking discontent toward Democratic front-runner Hillary Clinton and touting WikiLeaks, which U.S. officials say was a tool of Russia’s broad influence operation to affect the presidential race. “There’s no denying the emails that Julian Assange has picked up from inside the Democratic Party are real,” she wrote in August 2016 for a website called We Are Change. “The emails have exposed Hillary Clinton in a major way — and almost no one is reporting on it.”


Do the writings of "Donovan" actually show a "bias against war and for peace"? Let's take a look at the Counterpunch website and see. Oh wait, we can't. "Her" stories all seem to have been removed. But one, "US-led Coalition Airstrike On Assad's Forces Was Not Accidental," is replaced [with] an "Editor's Note" stating that, "We have since determined that the article was actually written by Sophie Mangal, co-editor of Inside Syria Media. We apologize to Ms. Mangal for the mis-attribution." Review it at the Inside Syria Media site, and it is the typical trumpery for the genocidal dictatorship of Bashar Assad. ...

Both Counterpunch and WaPo say that "Donovan" also wrote for the sinister-wacky Veterans Today, which is hardly surprising. But it is pretty hilarious to hear St. Clair dissing Veterans Today as "a cranky conspiracy site." His own Counterpunch has identically abysmal standards, even providing a soapbox for Bouthaina Shaaban, official public relations flack for the Assad regime. We've noted before the political overlap between Counterpunch and Veterans Today, both enamored of the paleocon right. The former still tries to maintain some pseudo-left creds, even as it has become reliably reactionary. We've been pointing this out for years, but we fail to see how anyone can now miss it.

One explanation for the blindness is the ingrained Russophilia on the "left," an ahistorical Cold War holdover. We can already hear the accusations that our headline referencing "Kremlin propaganda" is "red-baiting." How long can this illusion persist? Putin's Russia is today thoroughly capitalist and far closer to fascism than communism. Its state apparatus obviously connived in bringing our own wannabe fascist Trump to power. Wake up and smell the vodka. This persistent error among self-identified progressives points again to an emerging Red-Brown Politics—the incredibly dangerous notion of a left alliance with fascism.

Counterpunch is today a more pernicious exponent of the post-truth era than any of the "MSM" outlets we're all supposed to love to hate. Stop treating it as a legitimate source.

Meanwhile, the Counterpunch page at Wikipedia just had its section on Israel Shamir deleted again. I restored it but am copying the deleted section here, for posterity:


Regular CounterPunch contributor Israel Shamir - described in The Guardian as "notorious for Holocaust denial and publishing a string of antisemitic articles"[11] - was part of the WikiLeaks organisation and an associate of its director, Julian Assange,[12] and in late 2010 and early 2011 wrote a series of exclusive articles for CounterPunch drawing on materials from the United States diplomatic cables leak.[13] He has also written and co-written articles for CounterPunch on what he alleges to be a campaign of harassment against Assange.[14] One of these articles, "Assange Betrayed",[15] made allegations against a plaintiff in a Swedish rape case against Assange that were widely circulated in the media.[16][17] The allegations in CounterPunch were the topic of controversy in the mainstream media.[18][11]