#Lewisham 2014: the Mayoral contest again (and navigating the supplementary vote) 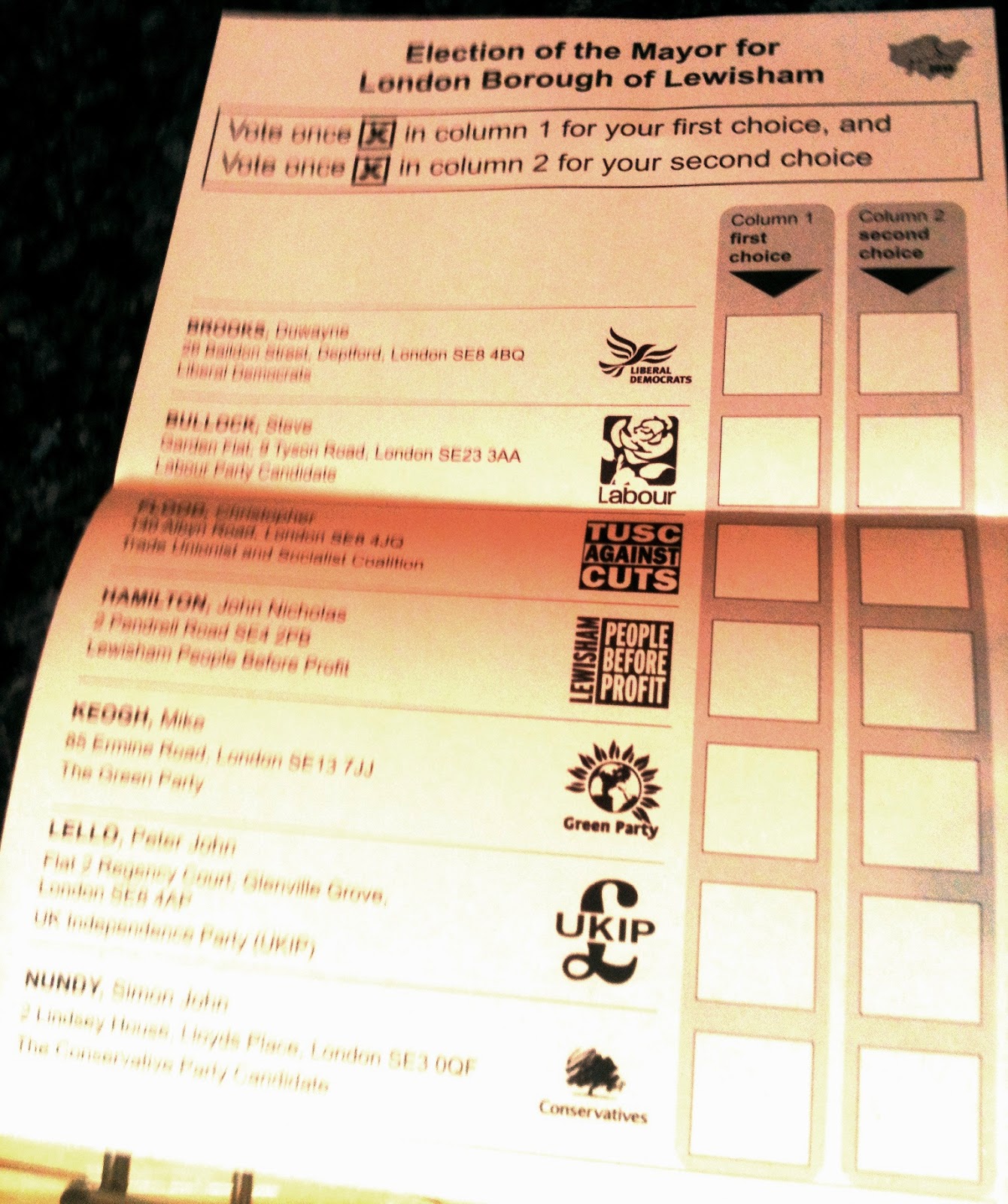 My long post on all the mayoral candidates is here. There are some interesting comments in the (short) comment thread, which I recommend if you already read the post.

I'm guessing Lib Dem DuWayne Brooks is the most likely to be in the second round with Bullock, but there is a chance the Tories or conceivably the Greens will. This means that if you want to vote for a left of Labour alternative, but can't stomach the possibility of a Con-Dem mayor coming first, put Bullock as your second choice. Conversely, if you can stomach voting Lib Dem and your priority is unseating Bullock, you can vote for a left alternative and put Brooks as your second choice. However, if you put Bullock as your first choice, your second vote is unlikely to count as there's not much chance Bullock won't be in the second round.