Brief notes: the alt-left and Labour

Just a couple of items on British politics: a new book on Corbynism, the alt-media on the Skripal case, and Jacobin's buy-out of Tribune. 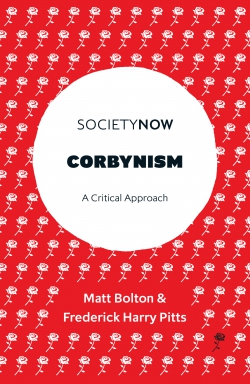 Matt Bolton and Harry Pitts have a new book out on Corbynism. It looks great. There's a sample chapter online. It comes from a Marxist perspective and looks at the two-campist tradition of geopolitics and how left populism can shade into conspiracy theory.

i newspaper has an interview with Matt. Here's an extract:


Bolton and Pitts links Corbyn to Tony Benn’s Alternative Economic Strategy... the other side of Bennism is the idea that the British economy and industry were “under attack” from finance – and that Britain needed to build a “siege economy” to throw off the shackles of the bankers, Bolton says. “We think that’s a form of economic nationalism – protecting British jobs and British industry from foreign intruders,” he says. “That’s dangerous"...

Bennism’s sense of attack from the financiers leads Corbyn to describe the economy as “rigged” – something that might be intuitive to a lot of left-wingers. But left-wingers aren’t the only people who use it, Bolton points out – Donald Trump, Bannon and even Michael Gove have adopted it too. “The political ambivalence of the ‘rigged economy’ term alongside the economic nationalism is quite dangerous,” he says. It’s this sort of thinking that leads Corbyn into his anti-Semitism rows. “If you see capitalism as something that’s imposed on workers rather than something more general, it’s not inevitable that you end up with anti-semitism, but the potential is there. “The combination of that and the good vs bad world view, you can end up repeating or stumbling into anti-semitic tropes.”

I should particularly draw your attention to footnote 26, which says "We have learnt a lot in particular from lynchpins of the principled left blogosphere Bob from Brockley and Tendance Coatesy (see http://brockley.blogspot.co.uk/ and https://tendancecoatesy.wordpress.com/)." 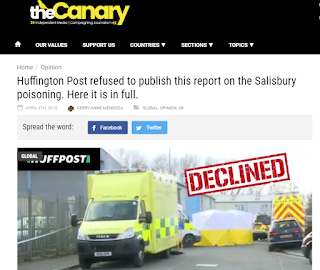 The Skripal case and non-mainstream media

An extraordinary investigation by Bellingcat and The Insider – Russia into the two Salisbury poisoning suspects has managed to identify one, "Ruslan Boshirov”, as Colonel Anatoliy Chepiga, highly decorated Russian intelligence officer bestowed with the country's highest state award. The report is quite a read, both for what it found out and for an account of the value of using open source data alongside more traditional modes of investigative journalism. The best in non-mainstream media.

Should be salutary reading for anyone who indulged the likes of Craig Murray in their attempts to obfuscate about the case, including any Labour activists who continue to share or defend fake news websites which have promoted this nonsense, such as Skwawkbox, The Canary and Evolve Politics. Not to mention those leftists who decided right-wing commentators like Peter Oborne, Peter Hitchens and Rachel Johnson were worth promoting because they gave cover to Corbyn's initially "cautious" approach to the case. And it should be required reading for Emily Thornberry, who derided open source investigations in a Commons speech. 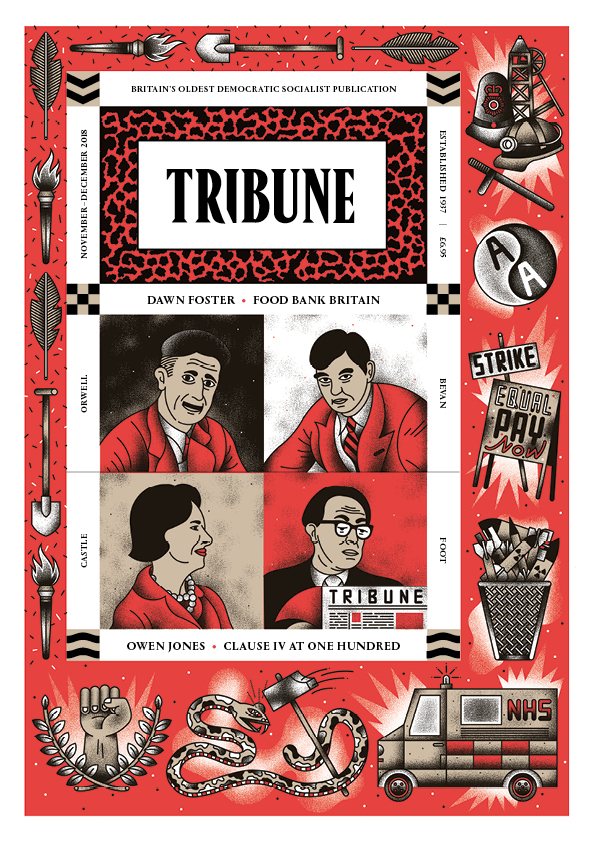 The venerable democratic socialist magazine Tribune has been bought by the youthful American alt-left entrepreneur Bhaskar Sunkara (of Jacobin). They launched the new version (beautiful front cover) at Momentum's World Transformed conference in Liverpool. The strapline contains a lie: "Tribune is Britain’s oldest democratic socialist publication." Actually, that'd be the Socialist Standard, founded in 1904. And its anti-Stalinist writers of yesteryear, like George Orwell, would be a bit disappointed to see its new team complimenting the tankie paper Morning Star. And it is surprising in 2018 to see the first issue's male contributors outnumber female ones by more than 2-1.

The relaunch has come with a little bit of controversy. American labour magazine Payday Report has reported an accusation of the new owners reneging on an agreement to pay the existing staff. PplsWar has published the former staffers' letters to Sunkara about this, and their factcheck of Sunkara's responses.

Cautiously Pessimistic said…
Very belated reply, but why do you characterise Sunkara as alt-left? I'm not a big fan of Jacobin, but would've thought of them as being something quite distinct from the red-brown Assadist crowd that I'd associate with that label.
13 November, 2018 20:07