A couple of very different perspectives. One, very pessimistic, by Liam Liburd "Paranoia, Panorama & My Part in the Downfall of the Labour Party". Another, more optimistic, by Clive Lewis, "I know that Labour can rid itself of antisemitism – here's how". The latter cites That’s Funny, You Don’t Look Antisemitic by the great Steve Cohen, who died a decade ago in March - it's a book everyone should read and I often wonder what he'd make of the current mess. "Jeremy is not antisemitic", by TwllDun, is less optimistic and makes some important points. The Morning Star actually published something semi-decent on the topic, by Phil Katz and Mary Davis - some context on that from Jim Denham.

Everybody loves a tourist: no to the alt-left, yes to antifa

Check out the re-launched Everybody Hates a Tourist blog, which re-opens with an excellent post criticising The Canary. Even better is this piece going through the story of the myth of antifa terrorism. Essential reading. And the third post of the new edition is also good: Why fighting against antisemitism should be at the core of any left wing/anti fascist movement.

On the antifa terrorists issue, Spencer Sunshine has an op ed on Ted Cruz's resolution, arguing that it is a gift to fascists and seeks to stifle the left. 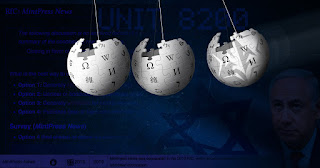 The pro-Iranian conspiracy theory and fake news site MintPress attacked me, among other Wikipedia editors, in an article juicily entitled "How a Small Group of Pro-Israel Activists Blacklisted MintPress on Wikipedia". The article, by Whitney Webb, basically complains that Wikipedia editors  came to a consensus that MintPress is not a reliable source. My contribution to the conversation was this:


Clearly unreliable as per evidence above. I don't think MediaBias/Factcheck or Newsguard are reliable in themselves but are useful starting points. The former rates MintPress as "biased", its factual reporting as "mixed" and notes two failed fact checks: 1, 2; while the latter gave it a "red" (i.e. fail) rating. FactCheck.org found it to have published a fake story in 2015[58] (see also AFP[59]), and Snopes found it to have published "mostly false" stories in 2015[60] and 2016[61]

Webb's article lists all the editors, including me:


Another user who voted to blacklist MintPress was Bobfrombrockley, who is a supporter of the Syrian opposition in the Syrian conflict and refers to militant groups in the Idlib province, all of which are now affiliated with the terror group al-Nusra Front (now Hayat Tahrir al-Sham), as “moderate Islamist” groups. As was previously mentioned, one of the reasons that MintPress was flagged for blacklisting on Wikipedia was related to our Syrian coverage.

Despite his support of “moderate Islamist” groups, this user responded [in 2006] to the question “What philosophical thesis do you think it most important to combat?” by saying “the literal truth of the Koran.” On his personal webpage, he also describes himself as “a reluctant Zionist, a critical Zionist, some days a borderline anti-Zionist, but a Zionist nonetheless.”

Their evidence for that claim is a screenshot of a 2011 blogpost where I really obviously don't describe myself as such but instead quote Daniel Siedareski saying that (but congratulations on going through a decade or two of posts to find something incriminating). So, I now have my very own tag on MintPress, so far sadly with only one article tagged. Breitbart attacked me in a similar way two years ago, for my edits to pages on anti-fascism ("Antifa Supporters Edit Group’s Wikipedia Page to Downplay Terrorism Categorization"), but put less effort into it. (Note to the people who like doxxing me on Twitter and in comment threads, think about what it means to doxx someone Breitbart has designated as a hostile Antifa supporter.)

A good piece by Tim Hume in Vice on far right fighters in Ukraine (HT @FFRAFAction) rightly focuses on the Ukrainian nationalist Azov Battalion, which is fairly well-known in the West for its far right links and international recruitment. But it also highlights fighters from the pro-Russian side too:


Earlier this month, Italian police investigating a network of far-right radicals who had fought in Ukraine uncovered a massive trove of military-grade weaponry, including an 11-foot air-to-air missile and rocket launchers. Since January, returning foreign fighters displaying separatist flags from the conflict have surfaced in France’s violent “yellow vests” protests...

And in 2017, Swedish neo-Nazis carried out a bomb attack on refugee housing in Gothenburg. According to reports, the attackers had received paramilitary training from an ultranationalist Russian group that recruited and trained volunteers to fight for the separatists...

far-right foreign fighters who joined pro-Russian separatists saw the battle as defending the separatists’ right to self-determination against Western imperialism. Many were also drawn by a sense of allegiance to Vladimir Putin, lionized by many on the far right as one of the last defenders of a white traditionalist Christian Europe. “On the pro-Russian side, there didn’t seem to be such a coherent ideological agenda,” said Sara Meger, a lecturer in international relations at the University of Melbourne. While most of the foreign fighters on the Ukrainian side were on a spectrum from right to extreme right, those backing the separatist side found themselves fighting alongside a significant number of far-left foreign volunteers, who shared their view of the conflict as “a struggle against U.S. hegemony.”

One of the sources for the article is the investigative website Bellingcat, which is regularly smeared by pro-Russian platforms as biased against Russia, but actually uses its open source investigative methods to look at Ukrainian nationalists too. Ukraine is often overshadowed in discussions about foreign fighters by Syria, a narrative which fits well with mainstream prejudices in the West (and discussions of Syrian foreign fighters tend to reinforce sectarian anti-Sunni narratives, as they ignore the far higher numbers of Shia foreign fighters on the pro-government side).

I only just read this review from last September by Michael Massing of Seymour Hersh's new memoir. These two paragraphs leapt out at me:

Hersh wrote two other articles for the London Review of Books that contested the finding—almost unanimously accepted by the international community—that Assad had used chemical weapons against his own people in 2013; those pieces, too, relied heavily on unnamed sources. Another piece proved too much even for the LRB and eventually ran in the German paper Die Welt; it claimed, again based on anonymous sources, that a 2017 Syrian strike on the rebel town of Khan Sheikhoun was not a sarin attack but a conventional-bombing raid that happened to hit a building containing fertilizers and disinfectants. Both the United Nations and the Organisation for the Prohibition of Chemical Weapons had concluded otherwise, insisting that a sarin attack by the Syrian government had indeed occurred. The anonymous sources on which Hersh had relied throughout much of his career were becoming increasingly murky and questionable.

Hersh’s recent reporting has triggered much commentary about whether the great investigator has turned conspiracy theorist. In a searching analysis in the British magazine Prospect, Steve Bloomfield surmises that, “after decades of exposing lies told by the American government,” Hersh seems to have forgotten “that other governments have their own reasons for being mendacious too.” Pressed by Bloomfield in an interview to explain his lack of skepticism about the Syrian claims, Hersh demurred. Not once in Reporter does Hersh take note of Assad’s butchery and the hundreds of thousands of deaths his regime is responsible for. Instead, he observes that Assad’s factual assertions during their interviews “invariably checked out.” From Hersh’s own description, one gets the impression that Assad detected the reporter’s vanity and shrewdly played on it by showing him solicitude and respect. Hersh’s credulous attitude toward the Syrian leader recalls his old colleagues’ deference toward Henry Kissinger. After writing so extensively about the dangers of access, Hersh seems to have fallen prey to them himself.

Toward an Alternative ‘Time of the Revolution’: Beyond State Contestation in the Struggle for a New Syrian Everyday

For class politics, against Brexit 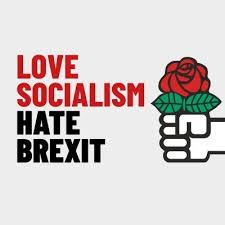 Burtenshaw must surely realise that those on the left advocating an identitarian culture war are on his side of the argument, not ours. From the anti-migrant vitriol and railing against “rootless cosmopolitans” of Blue Labour’s Paul Embery, who appears on platforms with Nigel Farage, to Eddie Dempsey’s comments on a platform organised by “The Full Brexit”, backed by the Koch Brothers-funded Spiked, that Tommy Robinson supporters are “right to hate” the “liberal left”, and that Labour is now relying on the votes of “liberals” in alliance with “ethnic minorities”, the promotion of an identitarian, nationalist conception of what it means to be “working class” poses a far greater risk to authentically socialist class politics than the possibility of an anti-Brexit turn by Labour.

Burtenshaw’s fellow Tribune editor Marcus Barnett loudly defended Dempsey over these remarks; if Burtenshaw is concerned to oppose the advocates of “culture war” within the left, he should look closer to home.


Turning against Brexit is not a move away from class politics, but towards them.

Harry Barnes said…
Sorry to see that I am classified along with "Commies, Trots and Lefties" rather then say the "Anti-totalitarian left". For although I was a member of the Socialist Campaign Group I was never uncritical of various lines they then followed. Socialist Campaign Group News was liable to place articles I sent to them in their "Points of View" column as if I was an outside letter writer. Yet Gerry Adams would get front page headline treatment. But as many of the Tribune Left sold out to Blairism, I had few left parliamentary avenues to operate through.
07 August, 2019 16:11