Top posts of the decade

So, as the decade comes to a close, here's a look back at some of my top read posts of the last ten years. It's been a long decade.

On why it's Stalinists rather than Trots the Labour Party needs to worry about. From 2016, and I think it's been vindicated since then.

2. THE RCP'S LONG MARCH FROM ANTI-IMPERIALIST OUTSIDERS TO THE DOORS OF DOWNING STREET

This was in yesterday's list, as it was my most-read post of 2019, n how a bizarre Trotskyist sect took over the Conservative and Brexit parties. Go here for the sequel, with the web of thinktanks and astroturf campaigns they've incubated to drive the Brexit agenda.

I wrote this post in 2014, about the non-equivalence between the war in Gaza then and the Warsaw Ghetto under Nazi occupation. Thanks to Dave Rich for his link to this which put it in the top 3.

From this year, eighteen reasons Chris Williamson is a horrible human being (and most of them have nothing to do with antisemitism).

5. SO, THE TIME HAS COME NOT TO RENEW MEMBERSHIP OF THE GREEN PARTY

A guest post by Toby Green which I published in 2011, about antisemitism in the Green Party of England and Wales. I don't fully agree with the analysis, but I think much of it is relevant to the part of the left which joined Corbyn's Labour Party after 2015. 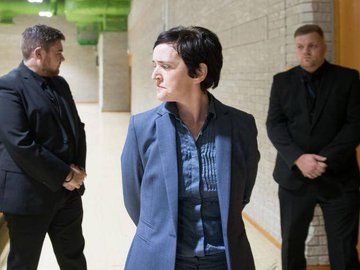 From 2015, when "counter-jihadi" demagogue Anne-Marie Waters stood for election in Lewisham East, detailing her far right politics and how UKIP played a role in bringing far right ideas into the political mainstream. 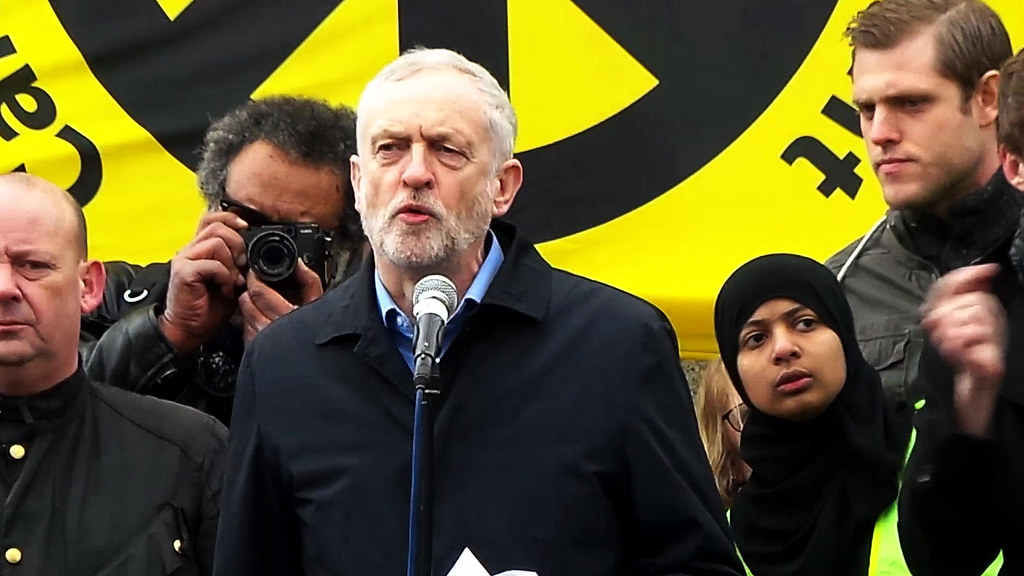 I wrote this in October 2016, and I think it's been pretty thoroughly vindicated by events since. If Corbyn had developed a decent strategy (signs he might in 2017 fizzled away) and a communications strategy, reined in the cranks in the party, taken antisemitism seriously, cut ties to Stop the War and other unpopular dubious causes, and otherwise taken my facetious advice, we might be somewhere different now.

8. WHY HORSESHOE THEORY IS NONSENSE 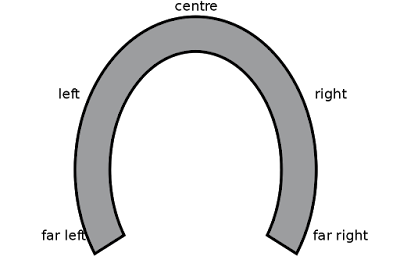 Another one from this year, on why it's important to talk about left-right overlaps, but not to frame them in terms of a horseshoe.

Looking at smears on Corbyn from the Tory press about his links with the pro-IRA militant anti-fascist group Red Action, and concluding there really were none. Based on my personal experience of activist politics in the 1980s and 1990s.

Finally, this, from right at the start of the decade, is an odd one. It's either pretentious or self-mocking, I can't tell now, and it's a little tangled and obscure from this distance, dealing with a number of minor internet spats within the left, but at the same time it starts to set out a series of core values and red lines that distinguish the political project I have tried to build through the blog. It is a kind of summary of the period that was then coming to an end, inaugurated by the Second Intifada and especially 9/11, when a large (sometimes named "regressive") part of the left became totally focused on the Middle East and embraced forms of reactionary Islamism, and a backlash to that movement began to flirt with Islamophobic bigotry. The 2011 "Arab Spring" marked the end of that moment, when the "regressive" left have increasingly taken up up the Islamophobic themes of the war on terror, while the shards of a decent, internationalist left have tried to keep unconditional solidarity with democrats (including religiously conservative ones) alive.
Email Post
Labels: Meta-blogging

Contested Terrain said…
As an outside observer, what's amazing about the Corbyn debacle was how so many people contributed to the self-destruction of their own project. I see the election of Corbyn as an expression of widespread discontent with the harsh austerity policies in the U.K. It was a historical moment to shift the trajectory of political developments towards a redistributive agenda, that built back up the safety net, ensured higher wages and living standards, reversed deregulations, and the like. But then Corbyn began running into problems because of antisemitism. After a while, it became clear that his person was jeopardizing the whole enterprise of trying to shift away from a market-centric politics in the U.K. But instead of a normal reckoning, all efforts to modify the course were blocked. And it seemed as if the anti-austerity politics had been completely subordinated by the Corbyn crowd to an anti-Israel obsession. It became increasingly clear that Corbyn was not going to find his way out of the mess. And it was at this point so bizarre that there seemed to be no discussions taking place about alternative leaders -- those who would counter austerity and antisemitism. It seemed that all practical concerns had been rejected, in favor of an ideological obsession. It seemed like his supporters were fully willing to sacrifice their own anti-austerity movement, in order to hold onto an uncompromising anti-Zionism. They would rather self-destruct than reconsider. Rather self-destruct, than compromise. They built a mighty anti-austerity ship, but they were not willing to mutiny once it became clear that the captain had another plan in store. They were willing to go down with that ship, rather than give an inch to British Jews offended by antisemitic provocations from the Labour Party, or towards the minimal demands of the right for the Jewish state to exist. They preferred self-destruction to self-reflection. For an outside observer, who viewed the anti-austerity movement in the U.K. with respect, this was a shock. For they turned anti-zionism from a single issue into the central pillar of their movement, a position which they would never compromise on, and one which they would even sacrifice themselves, as well as all of those others whose material lives could have been improved by an anti-austerity politics. That was quite a shock.
14 July, 2020 09:23