This post was an email I wrote (hence lack of links and editing) in response to Cathy Young’s article in The Forward “The Dayton Murderer Is Proof We Need To Take Left-Wing Violence Seriously”. It’s pretty rough and ready, so bear with me.

This is quite a good article I think, and makes quite a few good points. (I hope you take her insistence that nobody in their right mind is would not consider the far right a serious threat today as seriously as you take her point about left-wing violence.)

I have two problems with her line of thinking, which is a common line of thinking among my liberal friends. The first is the idea that all violence is equivalent because it is violence: that a jostle, a blow during a scuffle, a targeted punch, celebrating a suicide, and carrying a mass shooting are all equally instances of “violence”. I don’t think that’s the case. If some jostling during a demonstration leads to a blow or two from one side or the other, yes it is violence - but it is not organised premeditated violence and it is certainly not terror. Anti-fascists do engage in organised premeditated violence against fascists, but this seems to be a very small subset of the examples of violence that Cathy Young lists here.

If somebody takes a gun to demonstration, that takes things to a significantly - I’d say qualitatively not quantitatively - different level compare it to simply being prepared to put your body where someone else intends to march. There are some left-wing groups who pose with guns – the John Brown gun clubs, Redneck Revolt and a couple of laughable Maoist sects. But on the whole, almost all of the examples we have of guns at demonstrations have been from the right. For example, some of the West Coast Milo events are often cited among examples of antifa violence, but I believe the only time a gun was used during these was somebody in a MAGA cap shooting an IWW organiser. This is not surprising because gun rights and armed self defence are absolutely core to the ideology of many currents of the right in America today, but peripheral or alien to most currents on the left. And subculturally too, the far right is adjacent to or recruits from many scenes where guns are commonplace, which is not the case with the left. I think this should profoundly affect how we weigh up the relative levels of threat.

Cases of mistaken identity with “antifa” people throwing punches at wrongly identified targets or inappropriately using anti-fascist violence against non-fascists should of course be condemned by serious anti-fascists. But personally I have strongly believe that a fascist punching a leftist or a leftist punching a fascist because of their political beliefs is of a fundamentally, qualitatively different order from attacks on random members of the public because they happen to be Jewish, Hispanic, Muslim an immigrant, etc or are mistaken for such. For example, in recent marches by Tommy Robinson supporters (who are right-wing but not fascist, although there are some fascists among them) in London, several Muslim (and non-Muslim but Muslim looking) passers-by were violently attacked - a common occurrence when the right mobilises. As far as I am aware, there are zero or negligible contemporary instances of leftists attacking people because of these sorts of things, e.g. because they see somebody who looks rich. (Betts did apparently like a couple of instances of social media leftists ironically or unironically recommending attacks on e.g. oil executives, but his targets were totally different.)

Similarly, if the Dayton shooting was an “antifa” or left-wing shooting (see below on this question), it is one of perhaps two, three or four left-wing mass shootings in America in the last decade or two, a figure dwarfed by those carried out by the far right. Obviously any mass shooting is too many, but any serious analysis needs to look at why they are so common on one side and relatively rare on the other.

In short, it is not the case that there is a comparable problem of violence on both sides.

The second flaw with Young’s line of reasoning, and again this is a common line of reasoning among my liberal friends, is the misinformed understanding of antifa. She consistently uses a capital letter as if it is a proper noun, an organisation. That simply isn’t the case. It is a completely decentralised network of autonomous groups and unaffiliated individuals, who come from a range of political positions. So when she regularly uses phrases like  “Antifa affiliated” or  “Antifa associated”, this is more or less meaningless. For example, Betts appears to have had one or two social media connections to individual pro-antifa accounts. But nobody so far has suggested, let alone provided any evidence, that he was actually active in or real world connected to any actual antifa group.

She also mentions that he is a registered Democrat. But the overlap between people involved in actual antifa groups and active supporters of the Dems is very small.

I’ve spent an unhealthy amount of time looking at Betts’ political profile. It is indeed clear that he is on the left. But — just as it is wrong to ascribe an unpolitical domestic incident between a white supremacist and his wife, for example, as a “right-wing crime” — we have no reason at this stage to think that this shooting was a left-wing crime. It seems significant that his shooting target, which included his sister, doesn’t seem to have any political connotations - he didn’t shoot up an ICE facility or oil executives, but a mixed, ordinary crowd.

Like many young people, his politics were incoherent and shifting. He dabbled in Satanism which is pretty rare on the left. The dark metal scene he was part of includes many far right bands and some antifascist ones, but his corner of the scene appears to be unpolitical and defined primarily by extreme misogyny.

Betts was obviously a violent misogynistic bully at school before he discovered the left. He seems to have gravitated to a very particular, marginal current of leftism, occurrence of that suited his misogyny and fascination with violence. This is the so-called Dirtbag left, where “ironic” sexist and racist memes and jokes are so common that it is often indistinguishable from the 4Chan right. The dirtbag left was pro-Bernie in 2016, and its misogynistic culture seeped into the online pro-Bernie scene - most of them actually preferred Trump to Clinton. Betts’ attacks on Kamala Harris for being “a cop” is very on-brand for this scene. (On this scene, see Noah Berlatsky: https://arcdigital.media/the-dirtbag-left-should-stop-being-dirtbags-91b28594061a and https://www.splicetoday.com/politics-and-media/the-reactionary-grift-of-the-dirtbag-left )

Betts shared pro-Assad memes on Twitter, and Assadism  is one of the political positions that bind the dirtbag ironybros more closely to the right than to the liberal or antifascist left. This is a part of the left that the far right has tried - with some success - to infiltrate, in particular through Nazbol positions (Nazbol = National Bolshevik, a current whose contemporary form emerged in the Russian skinhead scene around Aleksandr Dugin and Eduard Liminov that is increasingly making in-roads into the fringes of the online ironybro left - see Fasbusters https://fashbusters.wordpress.com/2019/05/28/mike-cannon-nazi-friends/) and has been courted by the ex-left turned hard right Spiked here in the UK. (Note: the 2018 Santa Fe shooter and the Christchurch shooter both had Nazbol imagery in their online profile.)

In conclusion, Leftists need to be more attentive to distinctions within the right: not everyone on the right is a fascist or white supremacist; not all parts of the right are equally likely to use violence; not all right-wing tropes inspire terrorism. And the left needs to be willing to acknowledge that some left-wing positions can also inspire violence. But equally, liberals, centrists and Conservatives who raise the spectre of left-wing violence, if they are talking in good faith need to acknowledge that there is absolutely no symmetry between the two sides, and be clear about which specific parts of the left are associated with what specific forms of violence, rather than attributing violence to the entire spectrum of left-wing positions. Finally, the left needs to start treating in the dirt bag left and especially its Assadist and Nazbol fringes, as pariahs.

Spencer Sunshine: "Antifa Panic", “El Paso Blood Is on the Hands of Everyone Who Has Scapegoated Migrants”, “Ted Cruz’s ‘Antifa Are Terrorists’ Resolution Seeks to Stifle the Left”, "Rumors of Civil War: How Anti-Communist Conspiracies Imagined an Antifa Civil War on November 4".

Everybody Hates A Tourist: "An Unholy Alliance: Who’s Behind the “Antifa are Terrorists” meme" 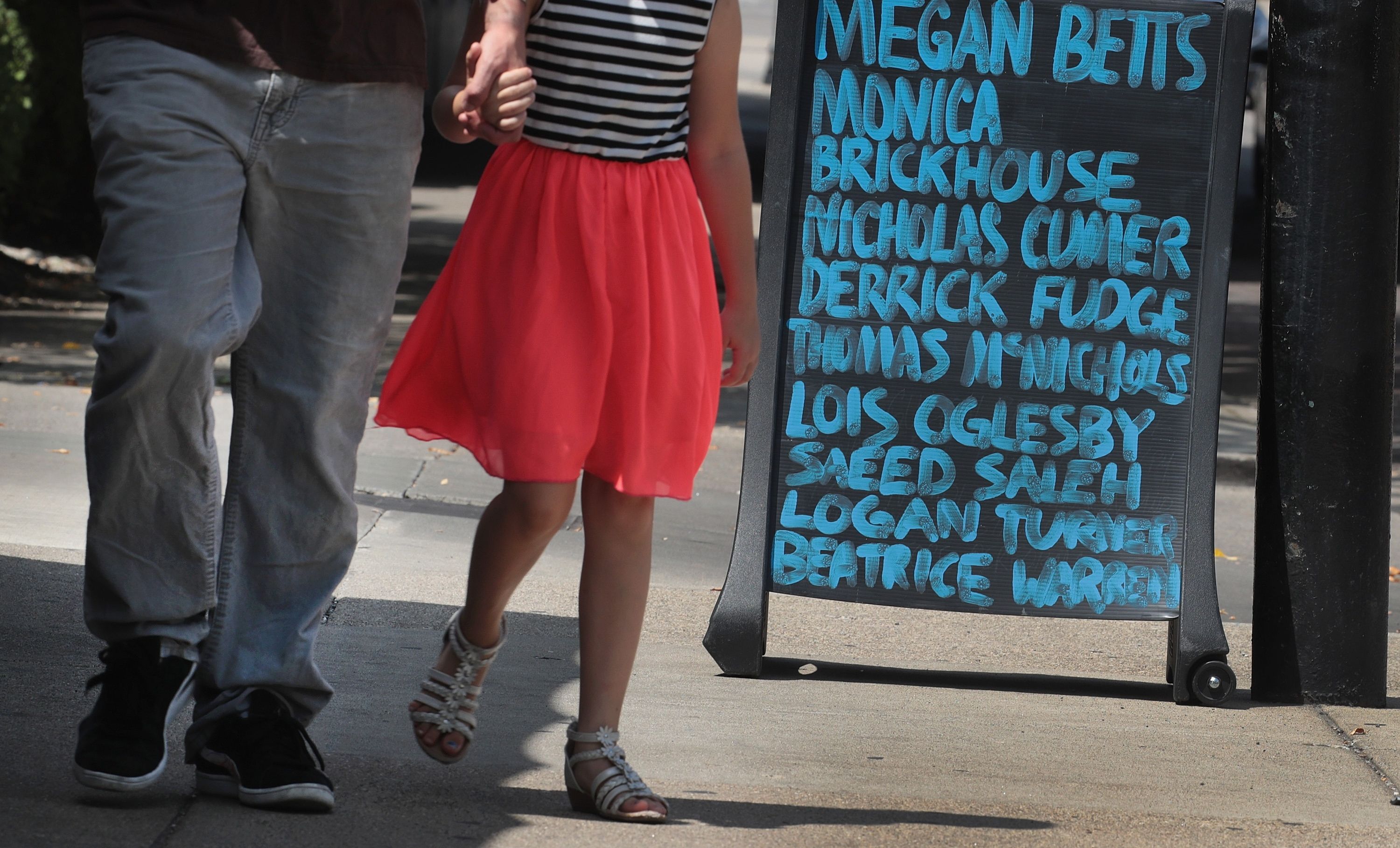