From Bob's archive: The revolution of flowers, February 2011 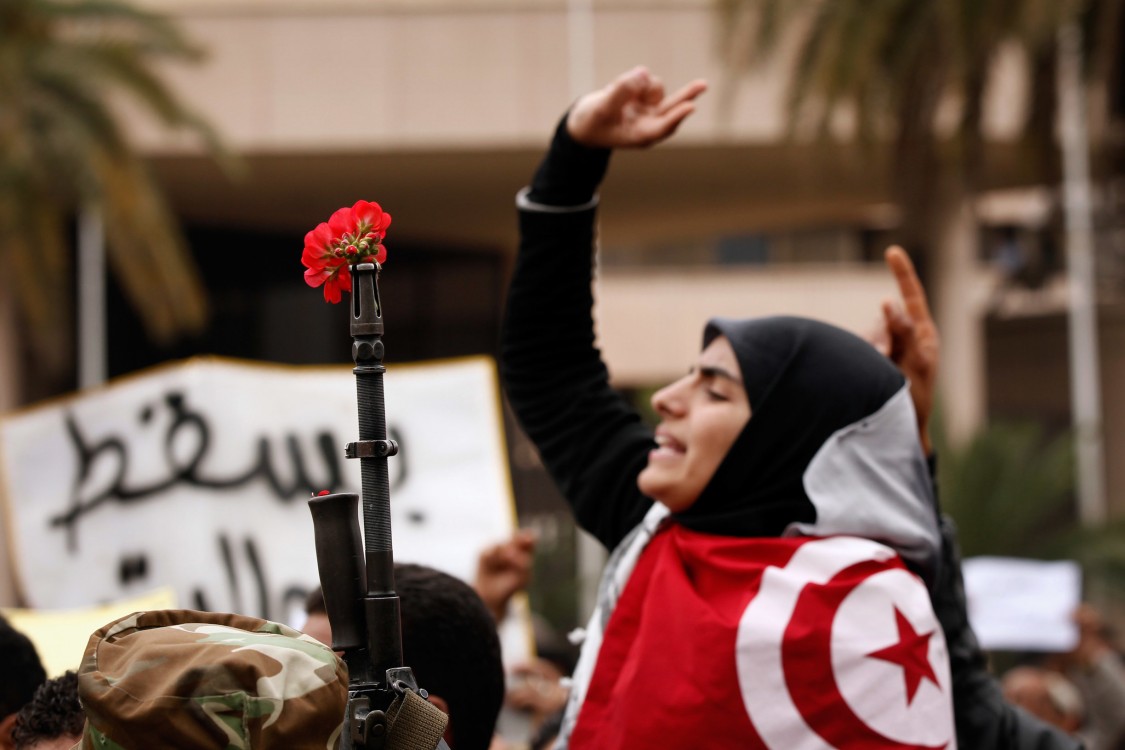 This post dates from exactly a decade ago, 7 February 2011, as the "Arab Spring" spread from Tunisia to Egypt and Libya and beyond. A time of hope. I have slightly edited it, especially the ending.

"An invitation to the dance

---Kenneth Patchen, 1936
"Bourgeois revolutions, like those of the eighteenth century, storm more swiftly from success to success, their dramatic effects outdo each other, men and things seem set in sparkling diamonds, ecstasy is the order of the day – but they are short-lived, soon they have reached their zenith... On the other hand, proletarian revolutions, like those of the 21st century, constantly criticize themselves, constantly interrupt themselves in their own course, return to the apparently accomplished, in order to begin anew; they deride with cruel thoroughness the half-measures, weaknesses, and paltriness of their first attempts, seem to throw down their opponents only so the latter may draw new strength from the earth and rise before them again more gigantic than ever, recoil constantly from the indefinite colossalness of their own goals – until a situation is created which makes all turning back impossible, and the conditions themselves call out: Hic Rhodus, hic salta! Here is the rose, here dance!"
---Karl Marx The Eighteenth Brumaire of Hosni Mubarak (with apologies!)

Marx's letters to his wife Jenny reveal a love of flowers, and this love of flowers finds its way into both his turgid poetry and into his more vivid philosophical and political writing. In his "Contribution to a critique of Hegel's Philosophy of Right", he has the image of religion as a chain entwined with flowers, and says that the task is not to pluck "the imaginary flowers on the chain... in order that man shall continue to bear that chain without fantasy or consolation" (a good characterisation of modern militant secularism of the Harris/Dawkins variety), but to throw off the chain so we can feel the living flower. In one of his dreadful poems, he writes this of the man in the moon: "He pines, he yearns to be a song,/To thaw in dancing flowers." In his bitter attack on Prussian censorship, he writes: "The most essential form of the spirit is cheerfulness, light, but you make shadow the sole manifestation of the spirit; it must be clothed only in black, yet among flowers there are no black ones."

I began a recent post with the following quote: Every revolution, Marx remarked, begins with flowers. I was not actually familiar with the original quote, and suspected it was taking a liberty. I had in mind the passage from Marx's Eighteenth Brumaire above, where Marx deliberately misquotes Aesop's fables. In Aesop's fable of The Boastful Athlete, an athlete claims to have jumped high in Rhodes, and a doubtful bystander says, "Here is Rhodes, jump here." Hegel uses the Latin for this as an epigram, but then translates it into German as “Hier ist die Rose, hier tanze”: “Here is the rose, dance here”. He is arguing that philosophy must deal with the concrete reality of the world, apprehend what is not what ought to be - the kernel of Marx's materialist worldview.

I have recently been in Portugal, and spent time reading about the carnation revolution of 1974, and more recently in Barcelona, where I was talking to people who remembered the democratisation in the late 1970s. And so when following the jasmine revolution in Tunisia, I had in mind the carnations of Lisbon.

In Russia in 1917, in Spain in 1931, in Portugal in 1974, across Eastern and Central Europe in 1989-91, there were moments of great flowering, often at the end of the winter, when huge numbers of people defied unbelievably brutal state machines to take to the streets and express their manifold demands. During this early phase, there is a high level of unity on the street, despite the vast range of demands expressed. It is during this period that we see striking examples of participatory democracy, such as in Tahrir Square, where the closing of the internet has opened up old ways of assembling and aggregating demands. The Muslim Brotherhood sits down with the feminists, youth and Coptic Christians; the bourgeois leaders like ElBaradei sit down with the striking workers. As Marx wrote:

“The February days originally intended an electoral reform by which the circle of the politically privileged among the possessing class itself was to be widened and the exclusive domination of the aristocracy of finance overthrown. When it came to the actual conflict, however – when the people mounted the barricades,... the army offered no serious resistance, and the monarchy ran away – the republic appeared to be a matter of course. Every party construed it in its own way. Having secured it arms in hand, the proletariat impressed its stamp upon it and proclaimed it to be a social republic... In no period, therefore, do we find a more confused mixture of high-flown phrases and actual uncertainty and clumsiness, of more enthusiastic striving for innovation and more deeply rooted domination of the old routine, of more apparent harmony of the whole of society; and more profound estrangement of its elements."

The demands are often incommensurate with each other, and the energy only lasts so long. As often as not the revolution is channelled into either the normal order of liberal democracy (as in Portugal), or turns against the revolutionaries as the vanguard parties - Jacobin, Bolshevik or Islamist - take over.

I have not found a reference, and I am not sure exactly what they mean, but according to some Marxists (including John Rees), Marx or Engels spoke about the first phase of the revolution as the "revolution of flowers", the period of democratic unity around the myriad incommensurate demands. Now around the Mediterranean is the time of the flowers, a time of thawing, a time to dance. The chill will no doubt come and the petals will fall. Marx continued:

"While the [Cairo] proletariat still reveled in the vision of the wide prospects that had opened before it and indulged in seriously meant discussions of social problems, the old powers of society had grouped themselves, assembled, reflected, and found unexpected support in the mass of the nation, the peasants and petty bourgeois, who all at once stormed onto the political stage after the barriers of the July Monarchy had fallen.”

For "the old powers", read the Muslim Brotherhood, the generals, and the politicians that were in bed with Mubarak yesterday but claim some distance from him today. The return of the old powers will come, but for now freedom is flowering.