Death of a hero

I just opened an e-mail from Arieh:


It's with an overwhelming sadness that I share the news of the passing of both Harvey Pekar and Tuli Kupferberg.

May their memory, and their creativity in diverse media, be a blessing to us all, and future generations.

Tuli Kupferberg, for those who don't know, was a member of the Fugs, as well as an all-round important figure in the 1960s counter-culture. Harvey Pekar, however, is one of my true heroes.

I first encounted Pekar and his American Splendour comics in a Los Angeles bookstore, Amok (is it still there?), while visiting Jogo perhaps two decades ago. I remember standing there in the store unable to stop reading them. In particular, I loved this story.

He was 70, and suffering from prostate cancer. His battle with cancer had been one of the themes of his recent work.

I will miss him.

From the Jewish Review of Books: 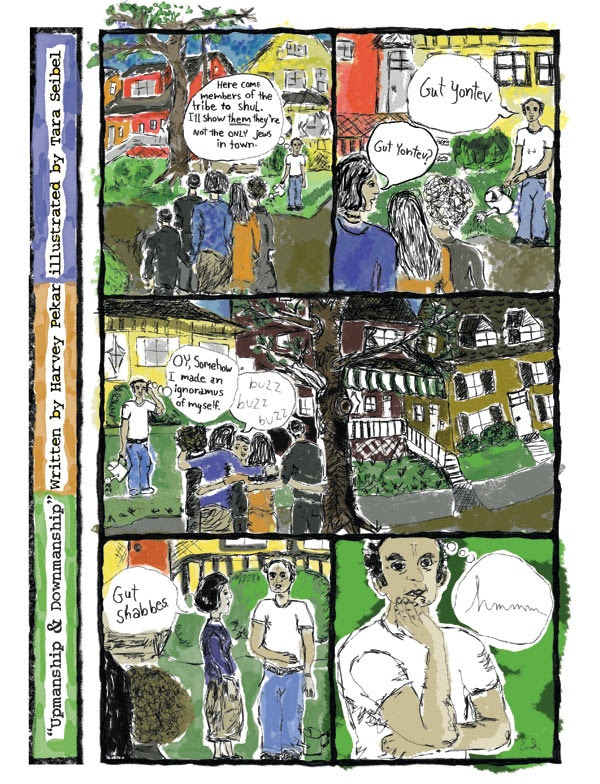 kellie said…
On the Drawger group blog, Stephen Kroninger has posts on both Tuli Kupferberg and Harvey Pekar, and Drew Friedman has posted art for Pekar's American Splendor.
14 July, 2010 15:02

I liked this comment from Les:
and, i too, was really saddened by the death of harvey pekar. like you, i discovered his work through a friend back in the early 80s, and i automatically thought that it was some of the best work i had seen in "underground" comics in a decade. actually, he and tuli kupferberg, whose book 1001 ways to beat the draft i read back in 1968, represent a kind of activity associated with some of the best working-class intellectuals/artists that has all but died out here in the states. and i think that's what makes their passing so hard.
19 July, 2010 13:17