I've posted about Natascha Atlas - possessor of one of the most extraordinary voices in contemporary music - on this blog before: here, then here, then here, and in passing here. I promised I'd post her "Yalla Chant", but never did. Luckily, Acid Ted has a post all about her, including the mp3 of the Youth and Banco De Gaia remixs of it, which doesn't quite let me off the hook.* "Yalla Chant" not to be confused with "Yalla Yalla". For the Joe Strummer and the Mescaleros version of that, go to I am Fuel, You are Friends.*

Oh, and the obligatory South London reference: according to Transpontine, Tim Whelan of Transglobal Underground, the band with whom Atlas had a very close relationship, once lived in the Sanford Housing Co-op in New Cross/Deptford.

Anyway, Natascha has a new album out soon, Ana Hina. Apparently, it is more traditionally Arabic than her previous records (following the line of drift since her career began with the. Transglobals). It includes tunes by Abdel Halim Hafez, who was a wonderful crooner of mid-twentieth century Eygpt, who invites comparison with Beny Moré or Nat King Cole. Hawgblawg has a post with some information about the new Atlas album and about Abdel Halim.

"Lammebada," the opening number [on Ana Hina], is a revered song from the Arab Andalusian tradition, that has been recorded numerous times. Check out Catalonian singer Maria del Mar Bonet's live version, on youtube. It has also been recorded by La Mar Enfortuna, who opened for Natacha at the Old Town School of Folk Music in September 2006. I'm never fully convinced by tracks recorded by Natacha in English, but her version of Nina Simone's "Black is the Color" is serviceable. Also worth mentioning is the very pretty, "He Hesitated," an anti-war song, which is about a soldier pondering whether or not to shoot.

I got to Hawgblawg (a friend of a friend of this blog, via New Cross's own John Hutnyk) from Anti-German Translation, with a post on suicide bomber chic:

Following the Michelle Malkin / Dunkin’ Donuts / Rachael Ray kefiyah kerfuffle (see also Sex Sells, Kufiya feigale), "radical" American anthropologist Ted Swedenburg has been fighting for the rights of fashionable Americans to show their couture-solidarity with suicide bombers. This is my fave, as it would probably upset Nasrallah the most.

On suicide bomber chic, what about Primal Scream, a band I loved when I was sixteen? Their new song, downloadable free, is a cover of Hawkwind's "Urban Guerrilla". Hawkwind's 1973 classic was a sharp retort to the spirit of flower power, a crawl in the dark, violent underbelly of the hippy era. The Primals add the words "I'm a suicide bomber" to the lyrics. One blogger fan writes "It rocks like a suicide bomber in the public gallery of The Houses of Parliament!". Hmmm. (Wonder what Jams, a big Hawkwind fan, would make of this.)

...the mid-set pairing of Suicide Bomb and Uptown kills the momentum. The latter, an 80s-style pop ballad, sounds as if it were written to soundtrack a seduction scene in the original Miami Vice TV series. The former, with typical tact, sees Gillespie so sexually excited he's "going off like a suicide bomb".

Turning back to Arab music, WFMU has a cool post on Eygptian themes:

[...]The story of Richard Nixon's laughable skedaddle to the Middle East in June of 1974 became rich fodder for the duo of Ahmed Fouad Negm, a poet and folk hero who spent nearly two decades in prison for his subversive writing, and the blind troubadour Sheikh Imam Eissa. Together they wrote and performed songs lauding Che Guevara, denouncing the war in Vietnam and mercilessly ridiculing every Egyptian leader since 1962, when they began their partnership. 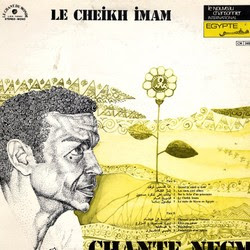 There's a scene in the Egyptian writer Ahdaf Soueif's first novel, In the Eye of the Sun, where a doctoral candidate in linguistics attempts to decipher the lyrics to "Sharaft ya Nixon Baba." An excerpt of this scene is posted on a blog by the Moroccan writer Laila Lalami.[...]

*I started writing this in April; some links are probably dead...

Andrew Brown said…
Mojo had Mudhoney covering Urban Guerrilla on one of their give away CDs a year or two back. It's a great song with some really terrible politics.

bob said…
I haven't heard the Mudhoney version, but have no doubt it rocks more.

The Primals version rocks too. It's not bad, a kind of return to their pre-Screamadelica style.

jams o donnell said…
I'll have to give it a listen. If the Pistols can do Silver Machine....

Ctelblog said…
You said "Note, these are not "Yalla Yalla", despite what Acid Ted says about the Banco de Gaia version."

Eh? I said they were Yalla Chant and the sleeve insists it was a Toby Marks remix.

Transpontine said…
I must be one of the few people who think that Primal Scream were at their best in their C86 indie-pop incarnation after which it was down hill all the way. OK, Screamadelica was fantastic thanks to Andy Weatherall. Unfortunately suicide bomber chic (and their iffy Make Israel History comments - see http://www.theprimalscream.com/press/nme-15april06.html) are in my mind linked to their equally cliched rockist tendencies. Hawkwind's Urban Guerrilla is another matter, I loved that band when I was 15 and still have a great deal of fondness for them.
17 July, 2008 22:14